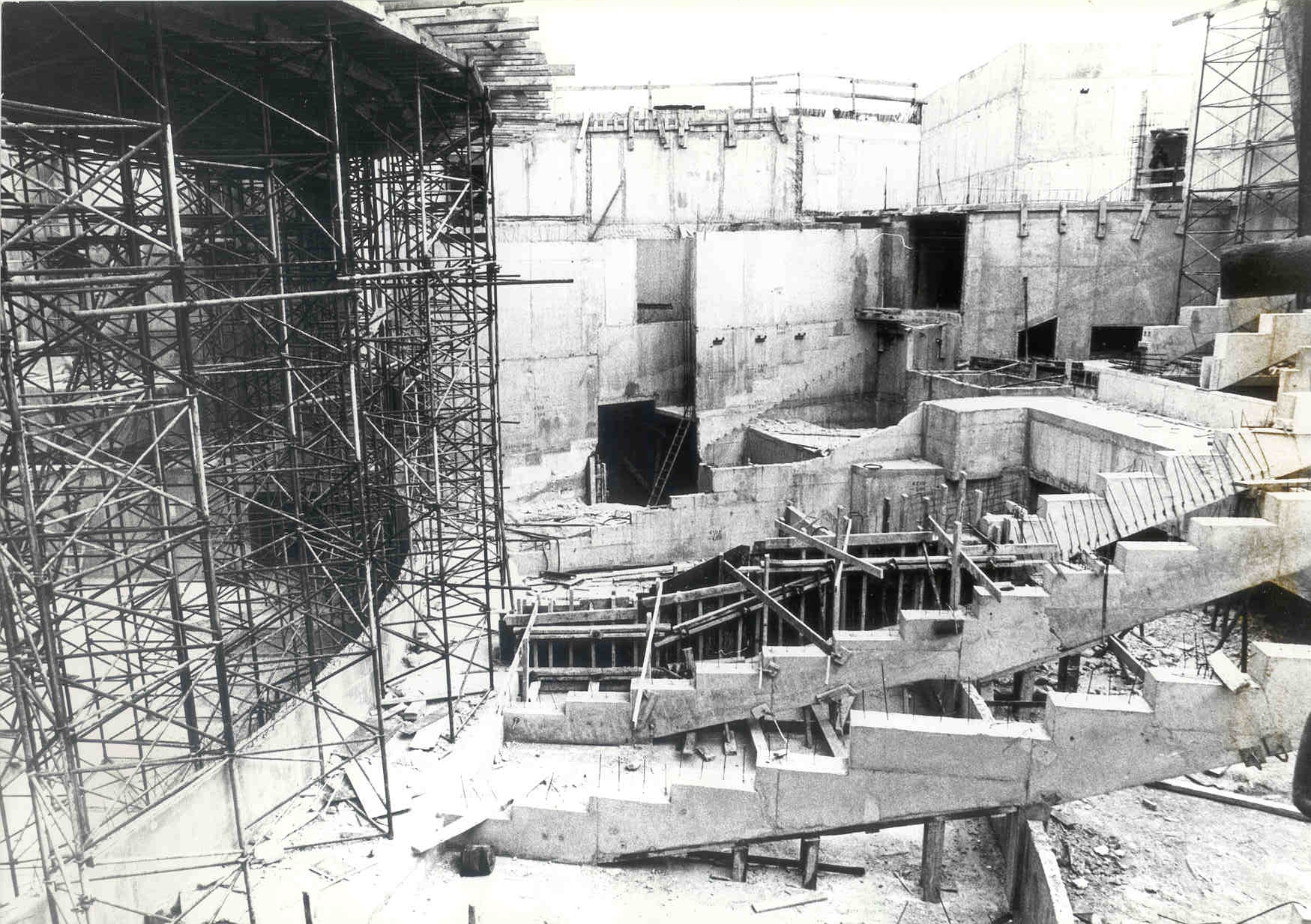 Creation work for the main stage, 1975

History of the theater

In 1965, the theatre company managed by Belgian comedian and producer Pierre Debauche organises under a tent the first Festival de Nanterre, at the place known as the Côte des Amandiers. The company will then take the name Théâtre des Amandiers. The year after, it’s the second time for the festival to take place, this time in the shut down military hangars where is located the current faculty of arts of Paris Nanterre University. The third and last time of this festival took place in 1967 at the Palais des sports of Nanterre.

In 1968, an agreement is made between the state and the city to create a Maison de la culture in Nanterre. The temporary building of the Théâtre des Amandiers oppened in 1969, prefiguring the Maison de la culture co-directed by producers Pierre Debauche and Pierre Laville.

In 1971 the Centre dramatique national of Nanterre is created as part of the french theatres decentralisation. Few years afterward, the construction work of the future Théâtre des Amandiers begins. Pierre Debauche decides to keep the management of the Maison de culture, which will turn into an association, in order to insure the construction program of the building. Xavier Pommeret, writter and dramatist, becomes directore of th Centre dramatique national.

In 1976 the definitive building of the Théâtre des Amandiers is inaugurated, as we still know it to this day. Director Raoul Sangla is the last to manage the Maison de la culture as it was. In 1982, it is dissolved to make way for the S.A.R.L. Nanterre-Amandiers, managed by Patrice Chéreau and Catherine Tasca.

Former comedian of Patrice Chéreau, producer Jean-Pierre Vincent becomes director of the theatre, now known under the name of Nanterre-Amandiers. Under his management, the ATEM (music and drama workshop) of greek composer Georges Aperghis and permanent troupe of Stanislas Nordey sets up.

In 2002, producer Jean-Louis Martinelli becomes the new director of Nanterre-Amandiers. He will stay until 2014, year of the appointement of Philippe Quesne and Nathalie Vimeux to head the theatre.

As Nathalie Vimeux went on to work on other projects, Philippe Quesne is managing on his own since 2016.