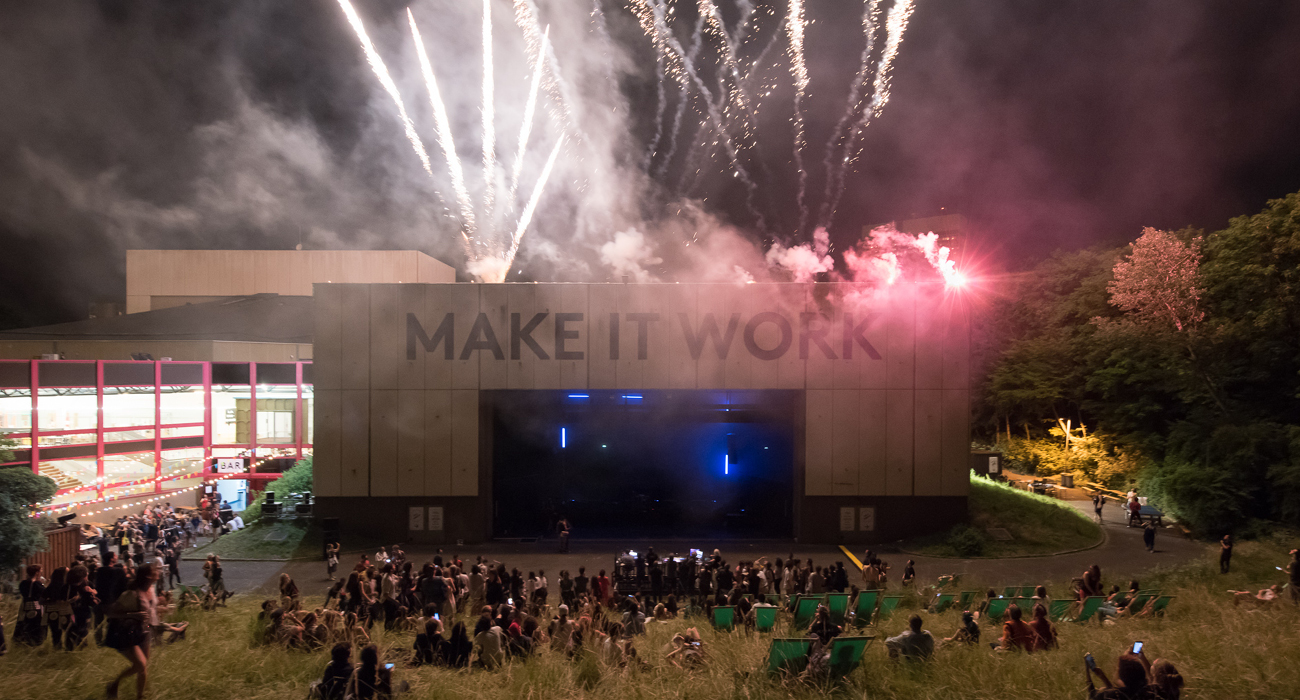 Most of these artists and independent companies have the particularity of having build a “repertoire” of performances, attentive to extend the lifespan of their plays to allow the works the necessary amount of time to mature, and to offer to the largest audience the possibility to see and see again their performances in France and elsewhere.

The programme of Nanterre-Amandiers is also open to human sciences through the regular reception of researchers, thinkers or students, in the wish of a transmission dynamic. Therefore the Speap (Experimentation program in arts and politics of Sciences-Po) headed by sociologist Bruno Latour, is in residency every year since 2014.

A particular attention is brought to the creation of performance toward young audience and all audience with the implementation of many school and amateur workshops, in collaboration with artistic and cultural operators of the city of Nanterre, the Île-de-France region and the national and international territory.

Located in a singular geographical area, built up against a park and in the middle of an important urban mutation, the theatre is caracterized with its many areas (auditorium, grass theatre, scenery construction workshops) that allow a large support to the contemporary creation.

The CDN Nanterre-Amandiers (built in 1976) will know from 2021 a huge renovation, from the stage machinery to the hub, as well as the creation of a 200 seats third auditorium and ten residency studios for artists. The activity of the theatre and the programme will be organized in the scenery workshops during the works, in punctual partnership with external venues.