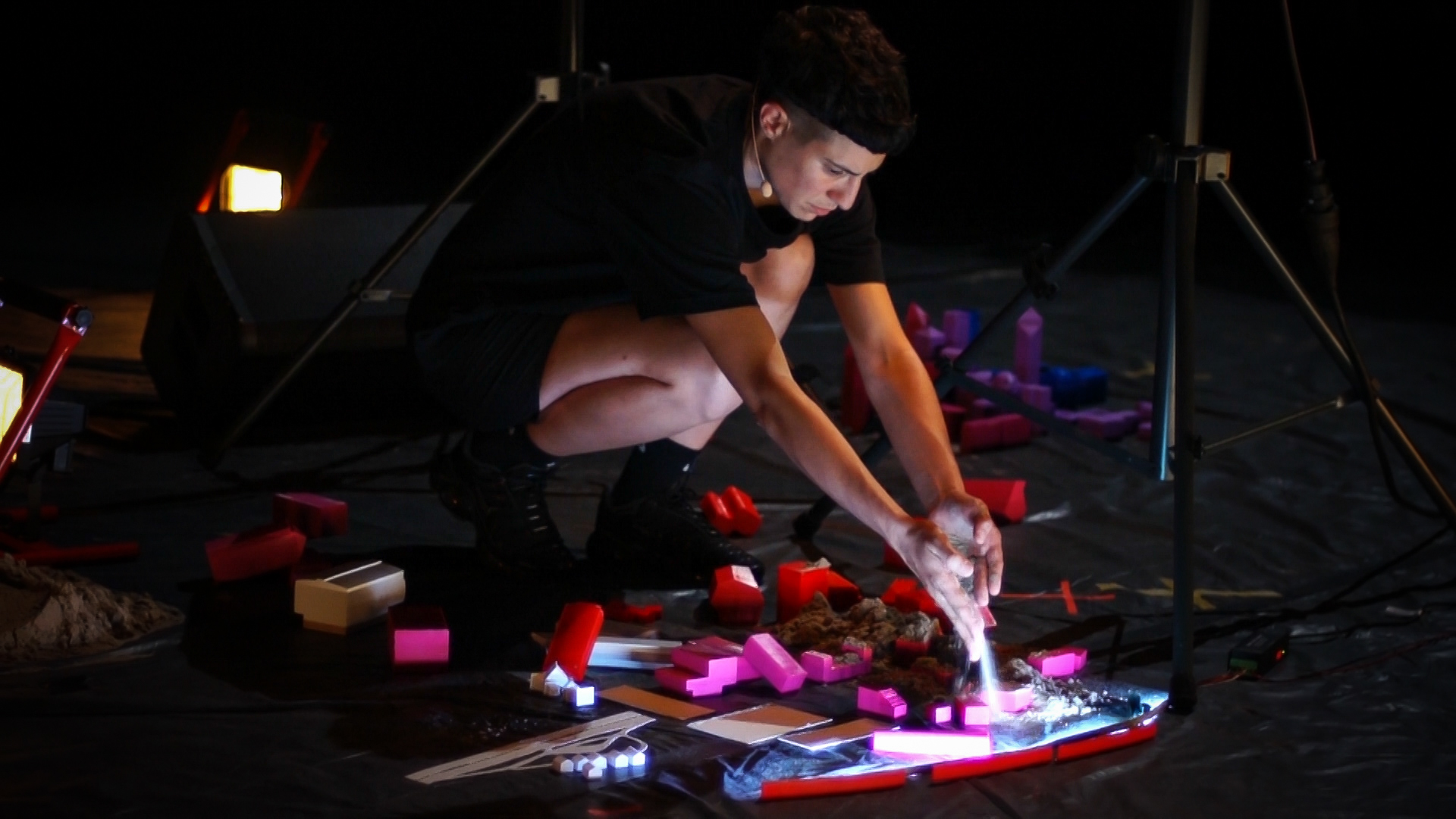 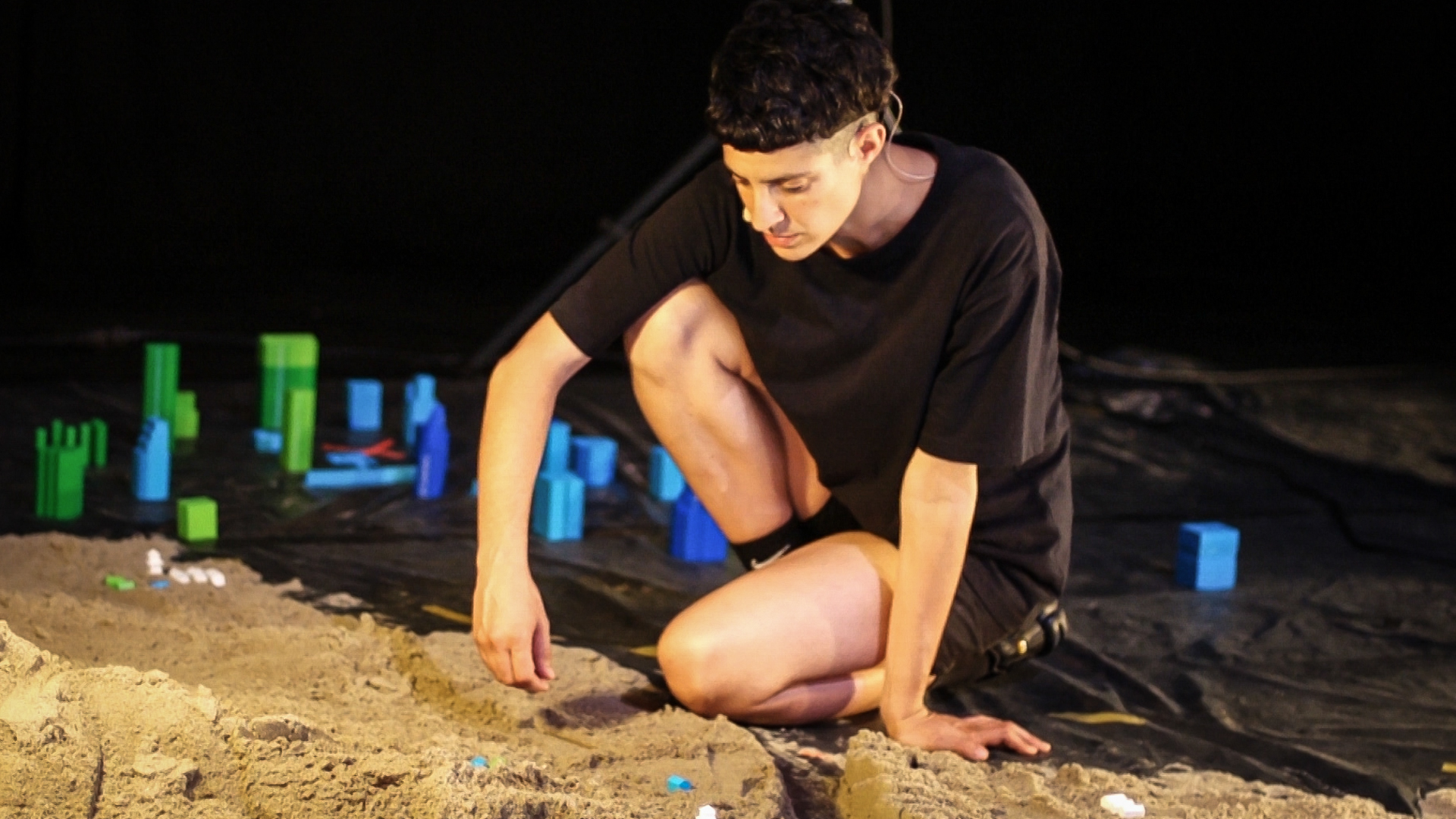 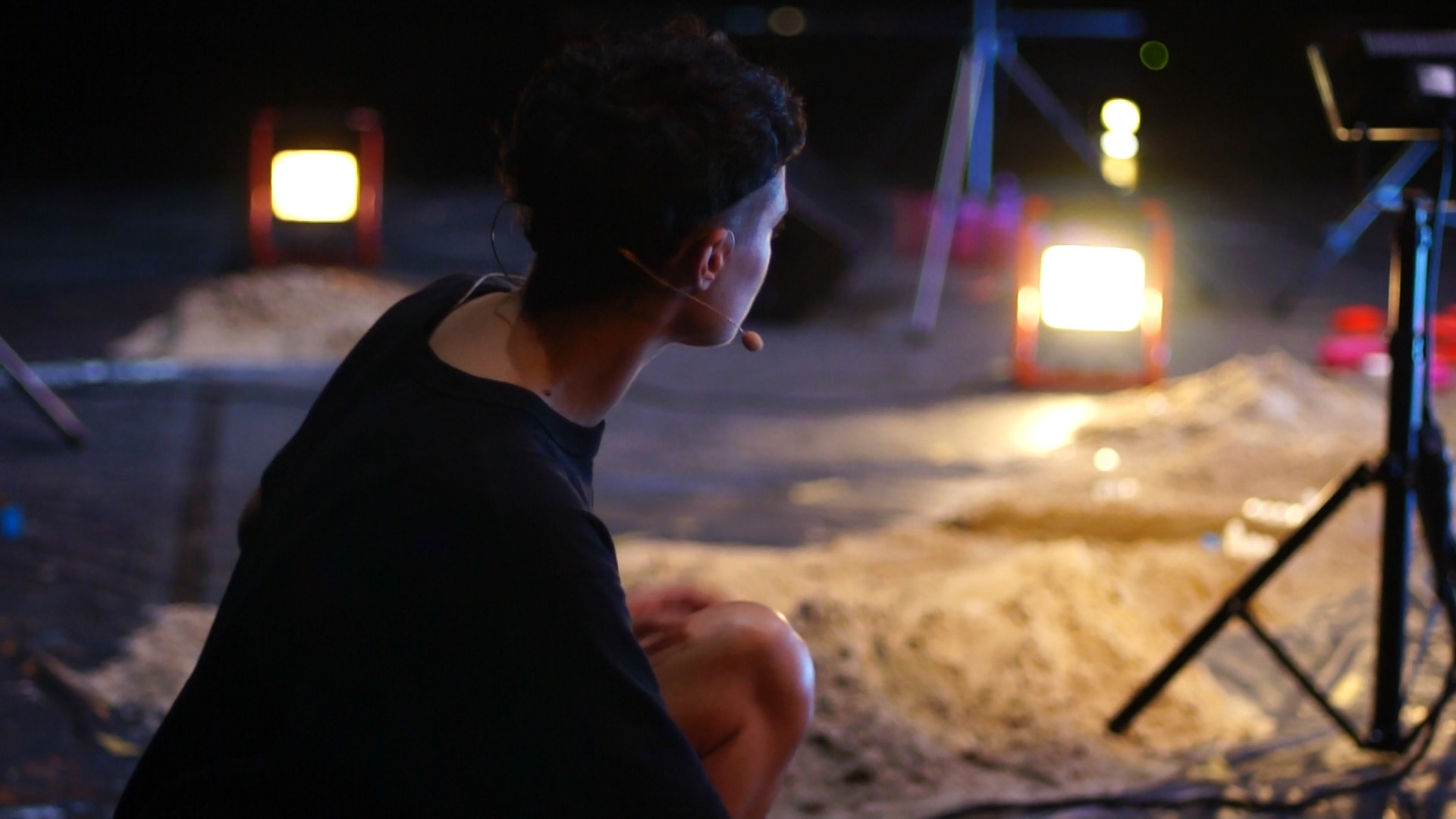 In this piece called Violences, director Léa Drouet attempts to break through news headlines. With heartfelt writing, she treads her way along violent footage cut together for shocking effect. Those images – through their transfixing power – keep us from acting and feeling. Resisting this call for passivity may require a sense of empathy and experiment.

Alone on stage, the artist traces the path of her grandmother Mado who was forced to cross the country to escape from the Vél’ d’Hiv raid. On the road of forced exiles, Léa Drouet meets another little girl who didn’t make it through her journey, killed by the current world of borders. In the gaps between the dead that we count and all the deaths that don’t count, the play attempts to piece together memories and stories for the future.

Léa Drouet impresses a space mainly composed of sand evocative of fractured lands and borders. While sand can cover traces and obliterate marks of violence, it also carries footprints. The artist shapes that landscape where the committed body changes from witness to actress and on to storyteller. Gradually, other positions, other possibilities for action and new details emerge. In fact, the fragility of sand grains may reveal the equally brittle and robust foundations of a world that can handle its conflicts outside of the battlefield and the pervasive state of war. 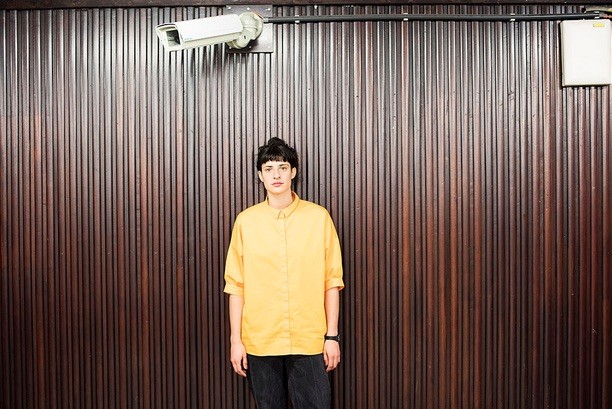