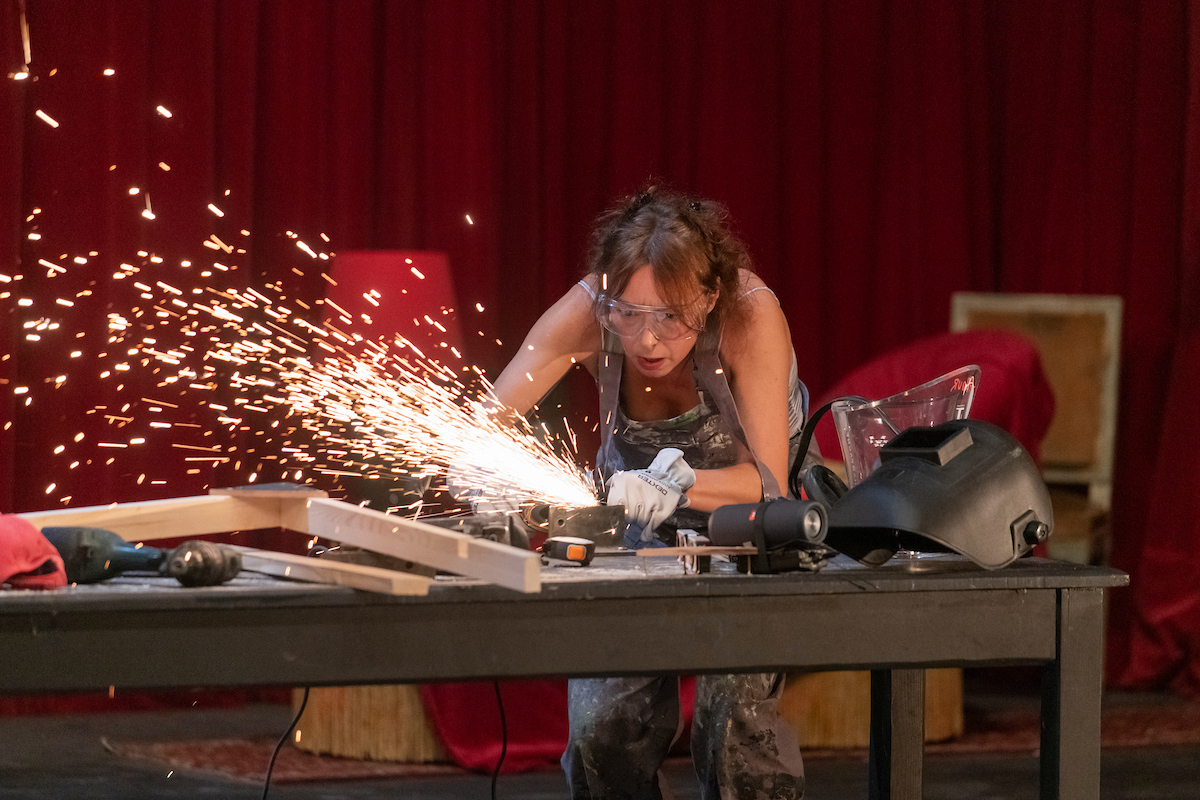 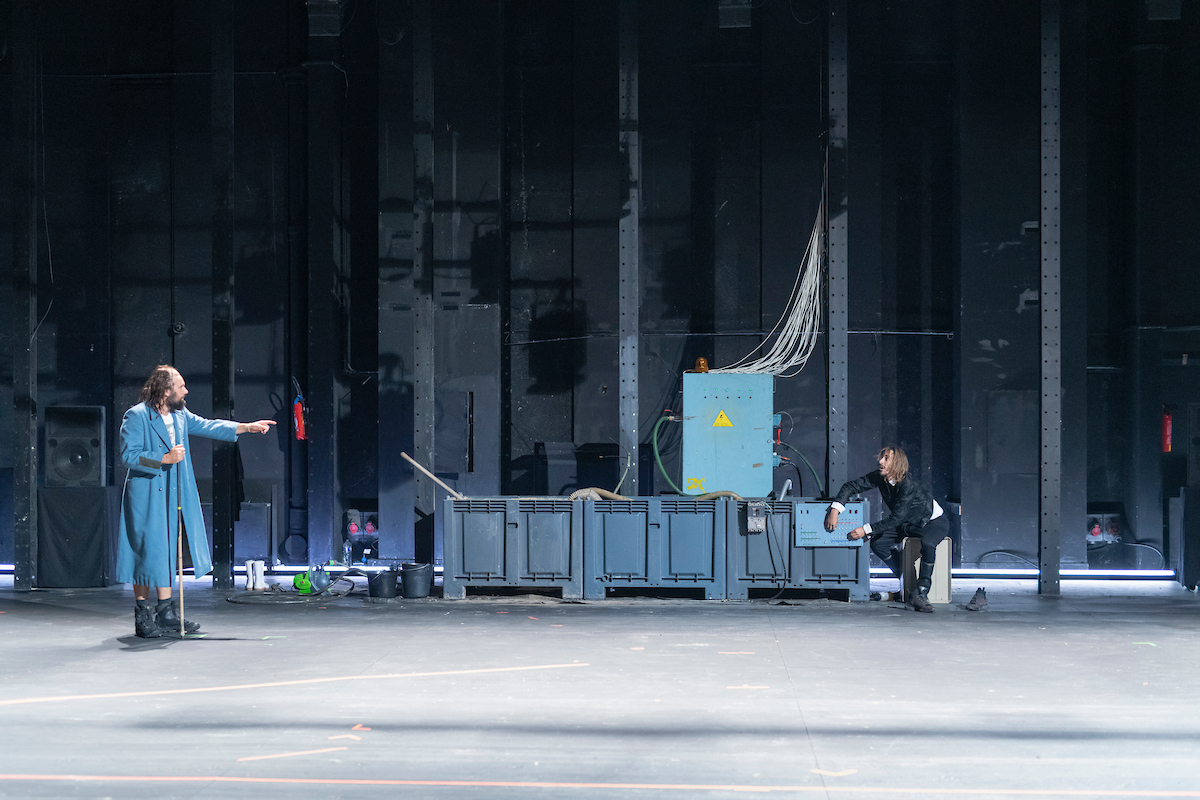 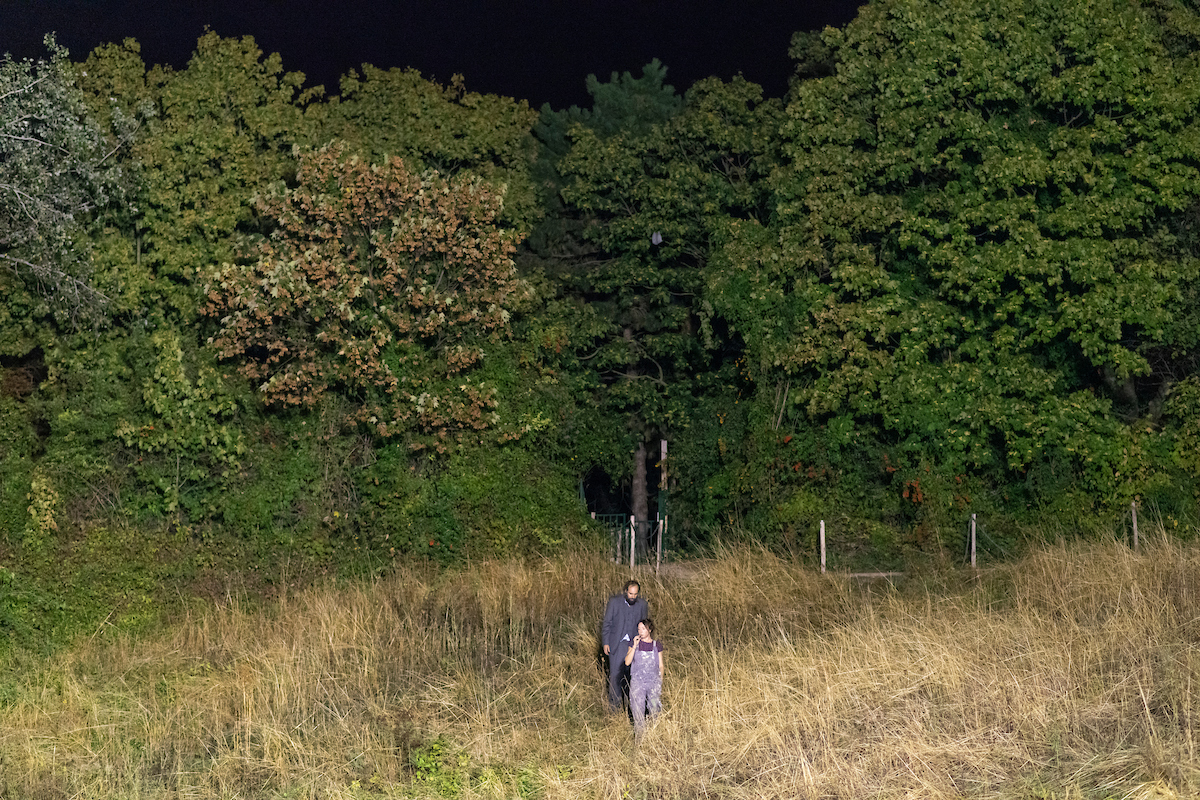 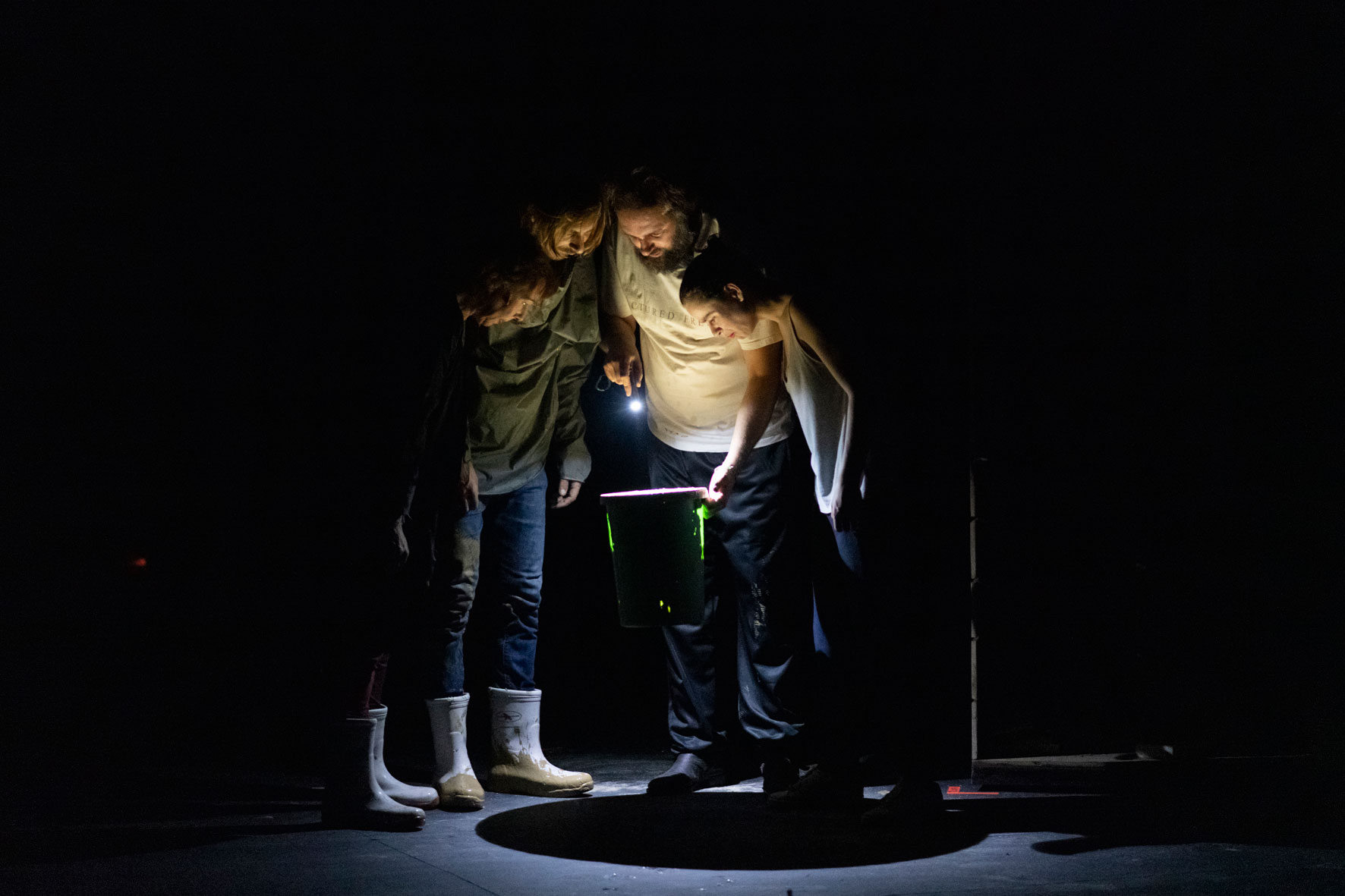 The earth is hurting badly. The soils are being depleted. Forests are burning. The air is becoming unbreathable. Biodiversity is dwindling away daily. And now pandemics are isolating us when they’re not killing us. What can we do? Should we run for shelter? Reembrace the land? Grow our own tomatoes? The stage, theater, acting: does it all still make sense? Wouldn’t we be better off watching the ecstatic creep of the snail or relearning how to use our brain to more utopian ends?

Thomas Scimeca, Anne-Elodie Sorlin and Maxence Tual have been working on this show for a while, wondering how to go about fixing the whole world…or close. “Because we couldn’t perform this futuristic show for you in April, we will attempt to perform this already “dated” piece – history’s time flies – if theater is still around and there are enough humans to watch it.” To set the context, the three performers met in the collective Les Chiens de Navarre and theirs is a genre at polar opposites with documentary theater.

Working from their own responses to worldwide chaos, their explorations lead them down the strangest paths, meeting Prometheus, Jean de Florette, Hamlet or the inspired scientists Claude and Lydia Bourguignon. Not to mention their nearly overwhelming gem, the 20-year-old Leslie Bernard, who disrupts whatever harmful certainties they still had with new enchantments. 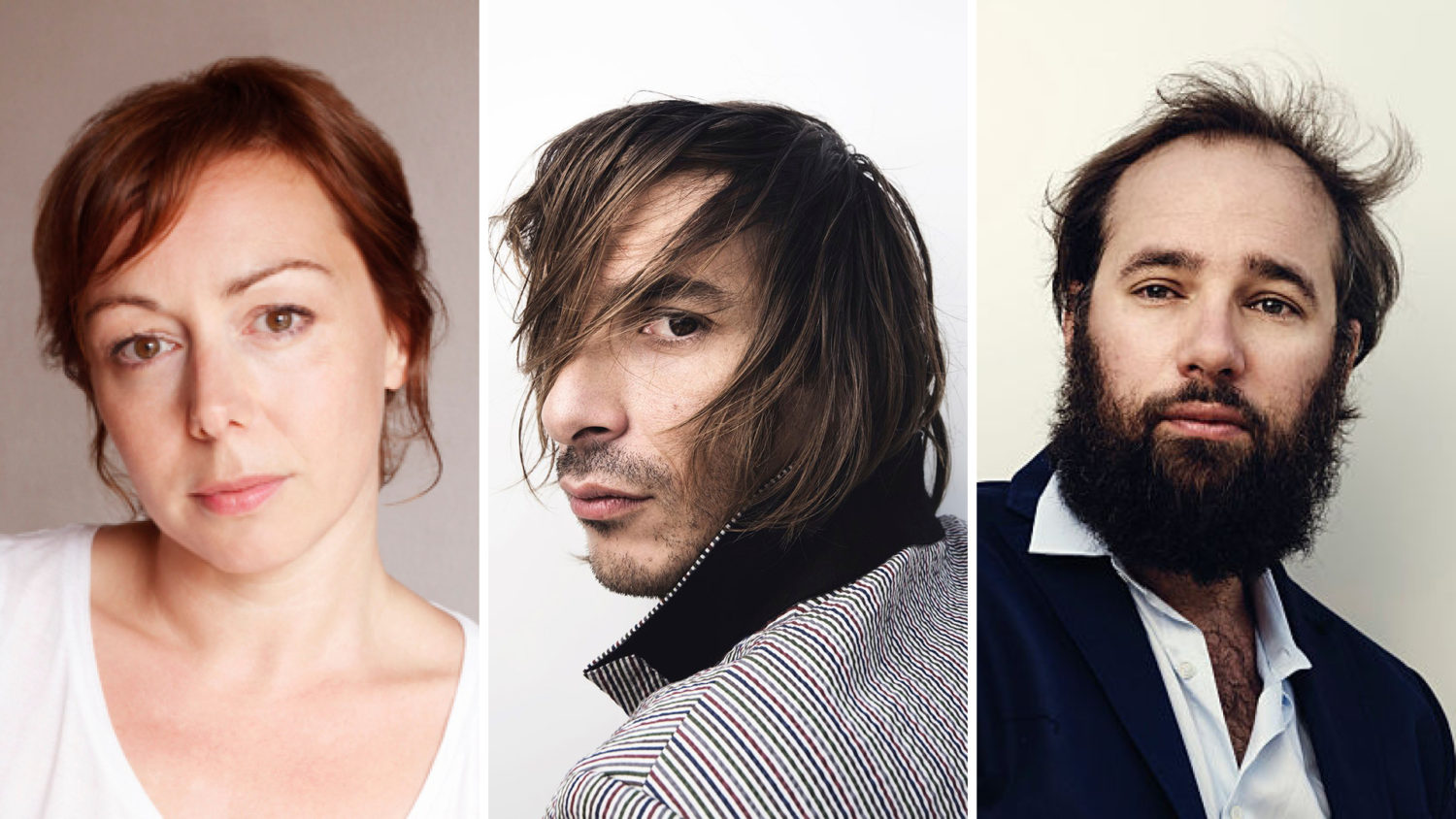 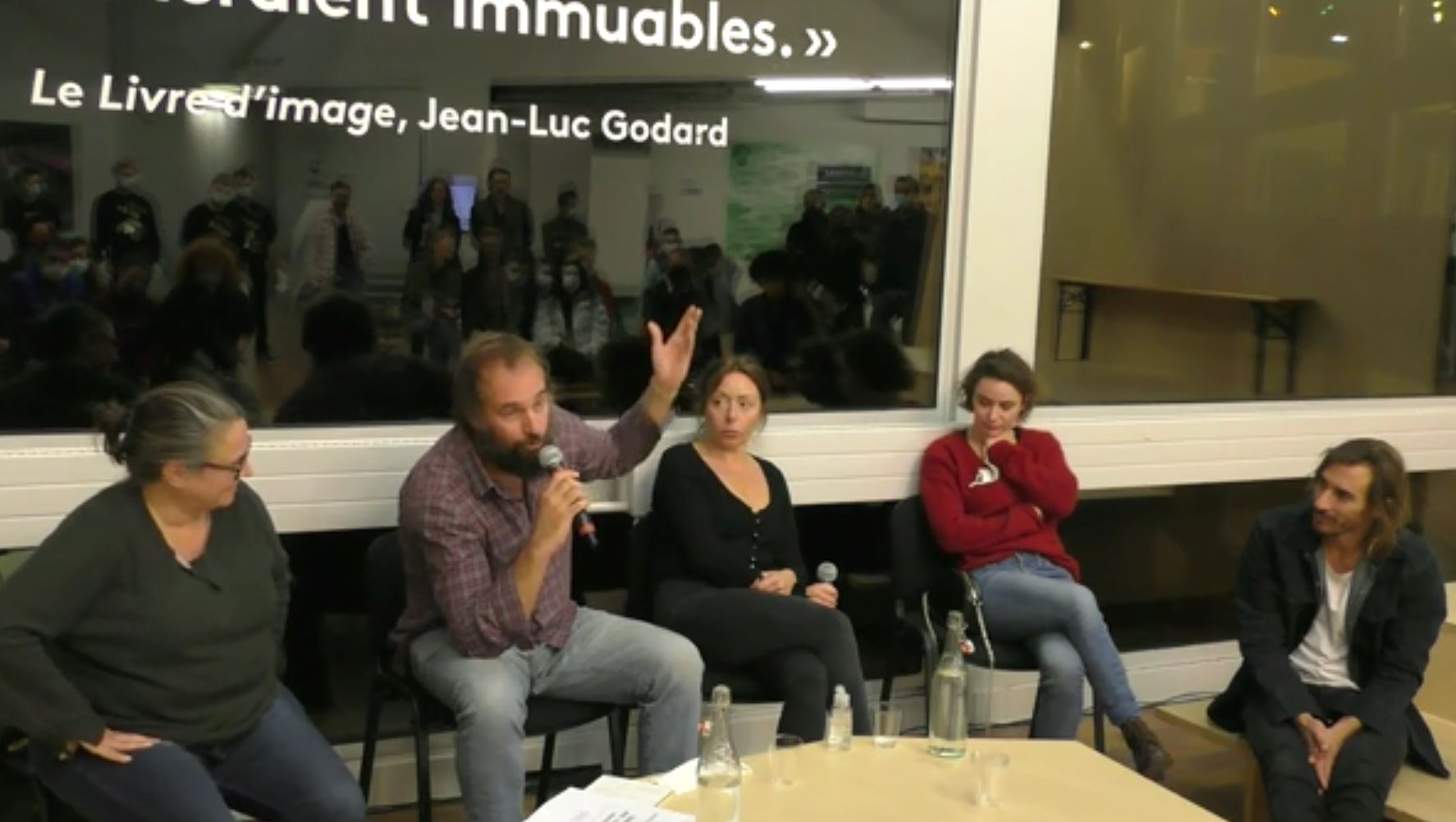