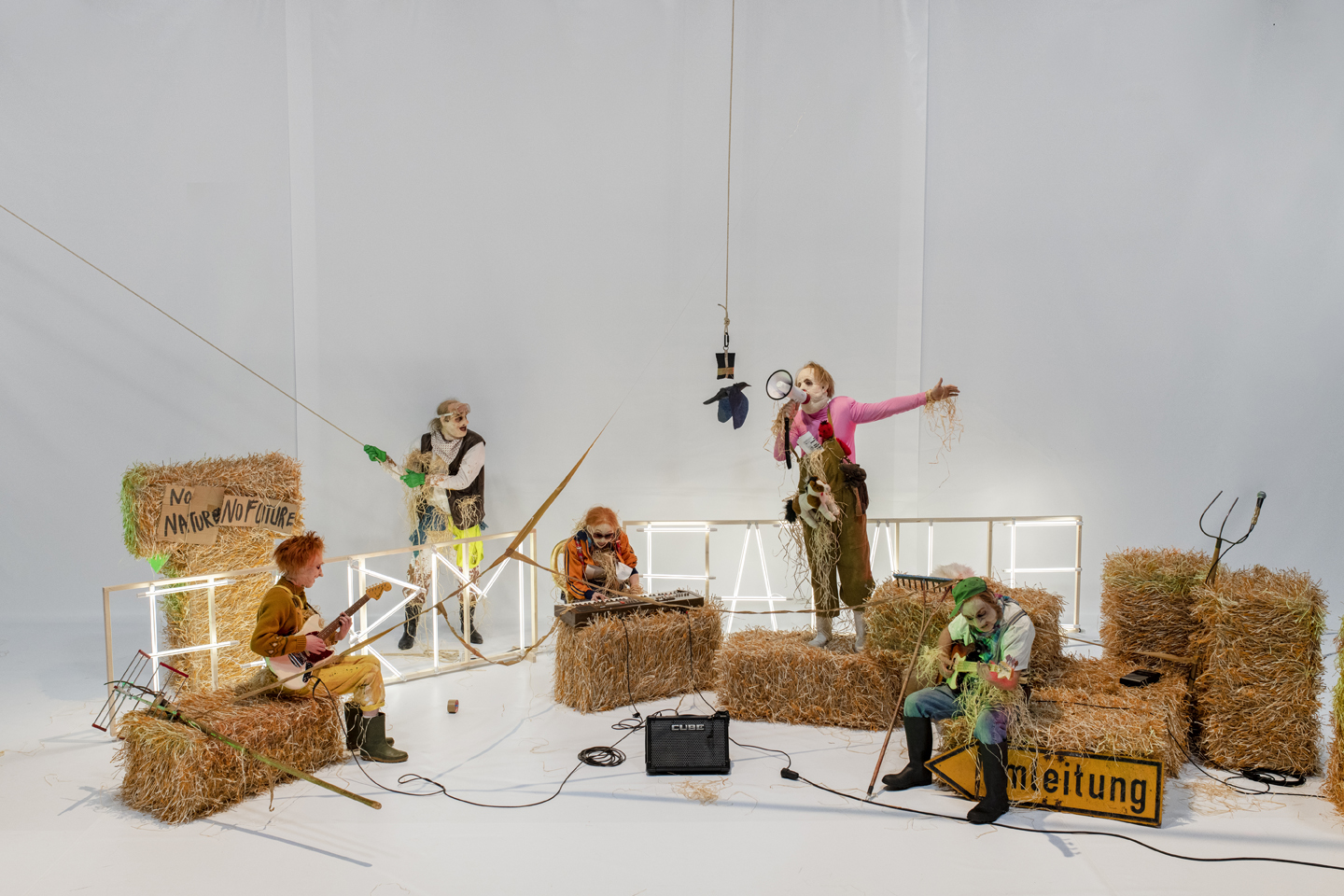 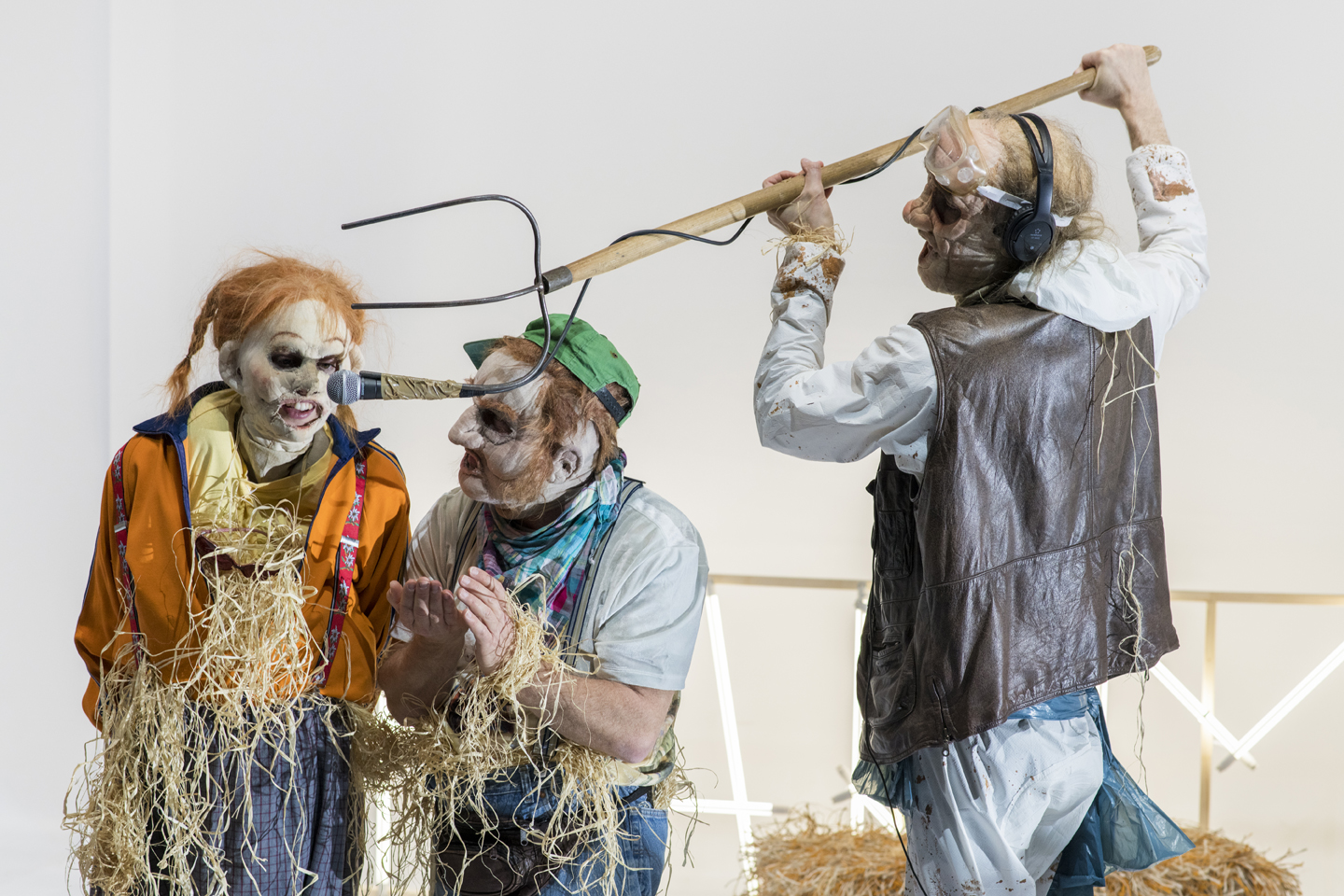 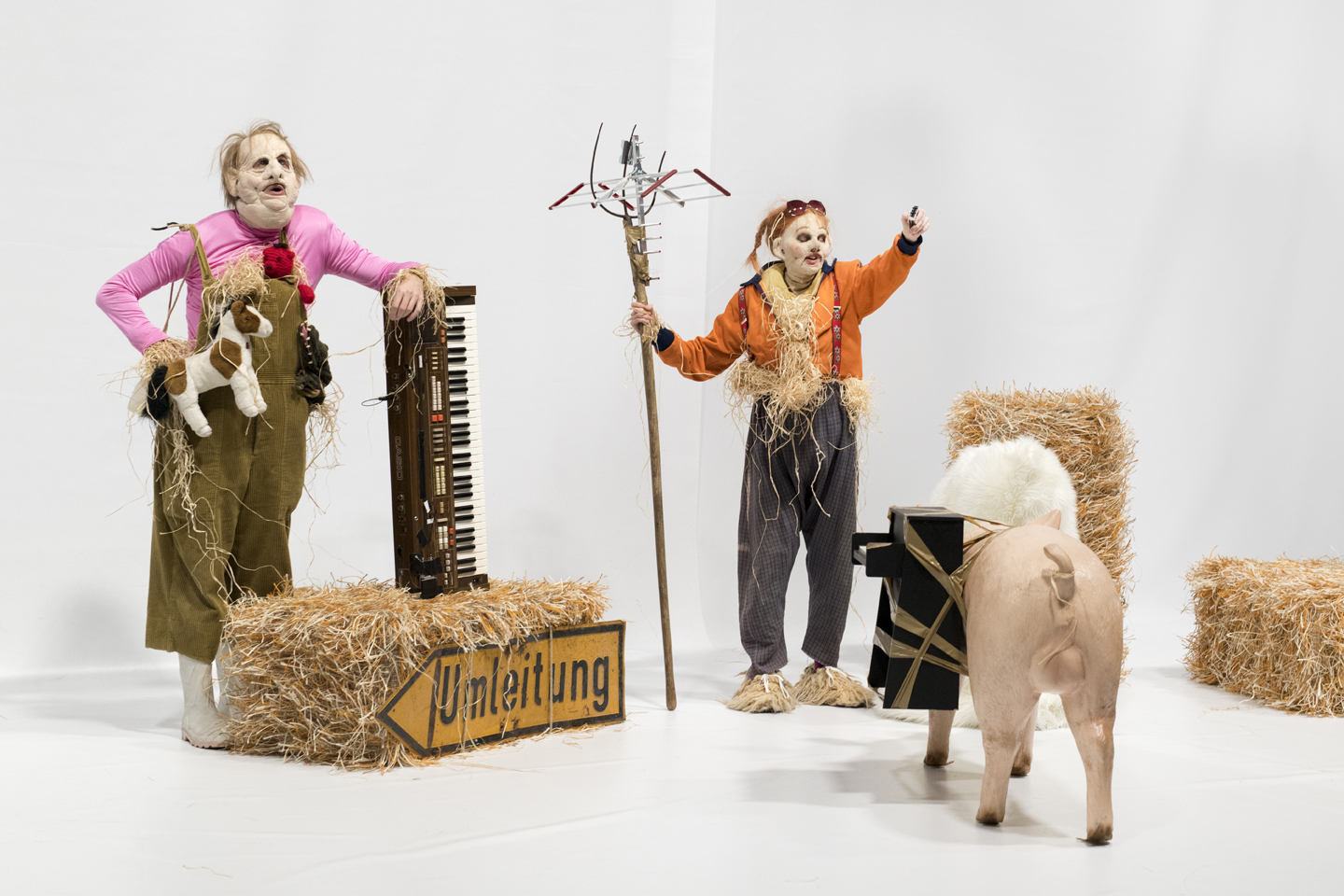 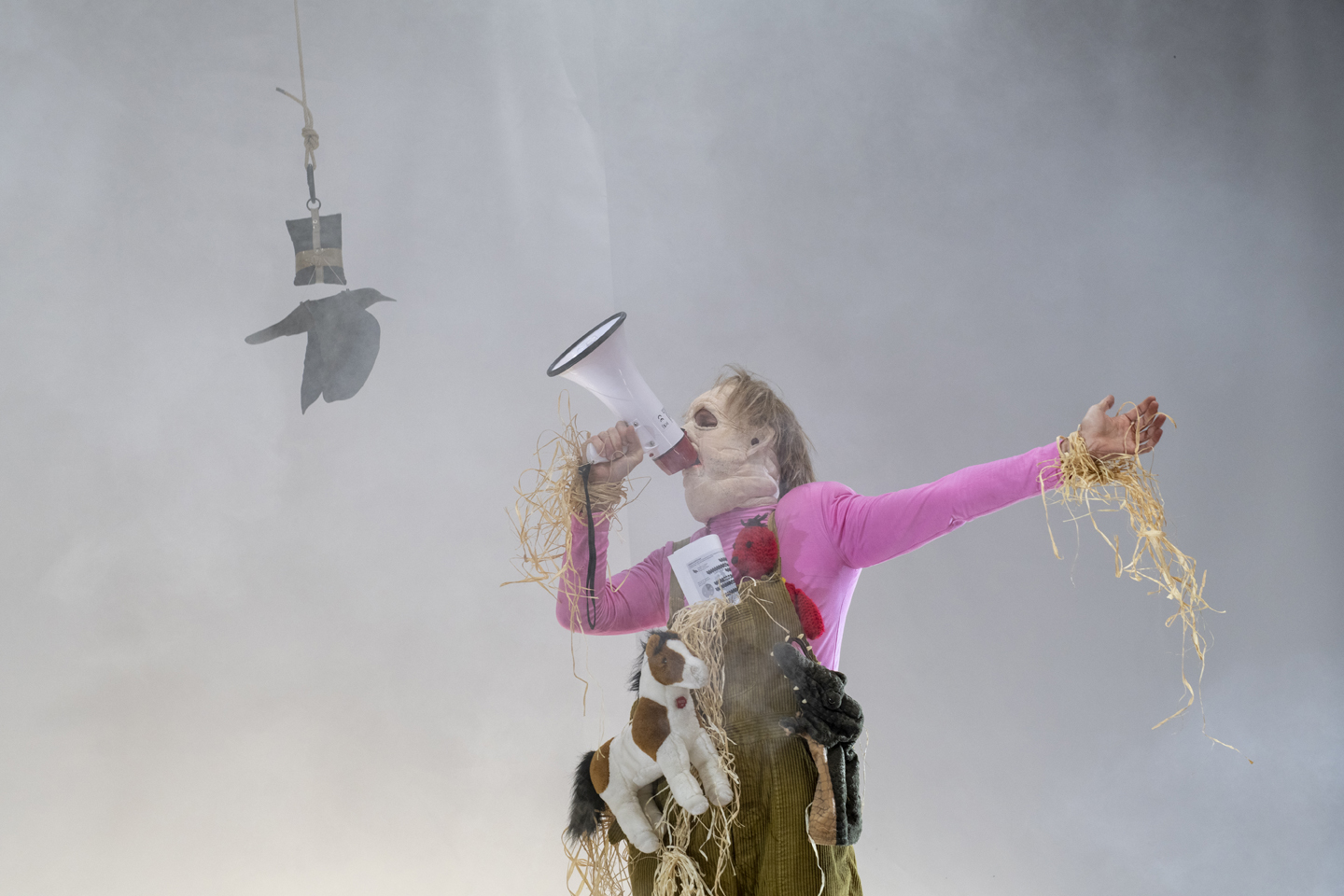 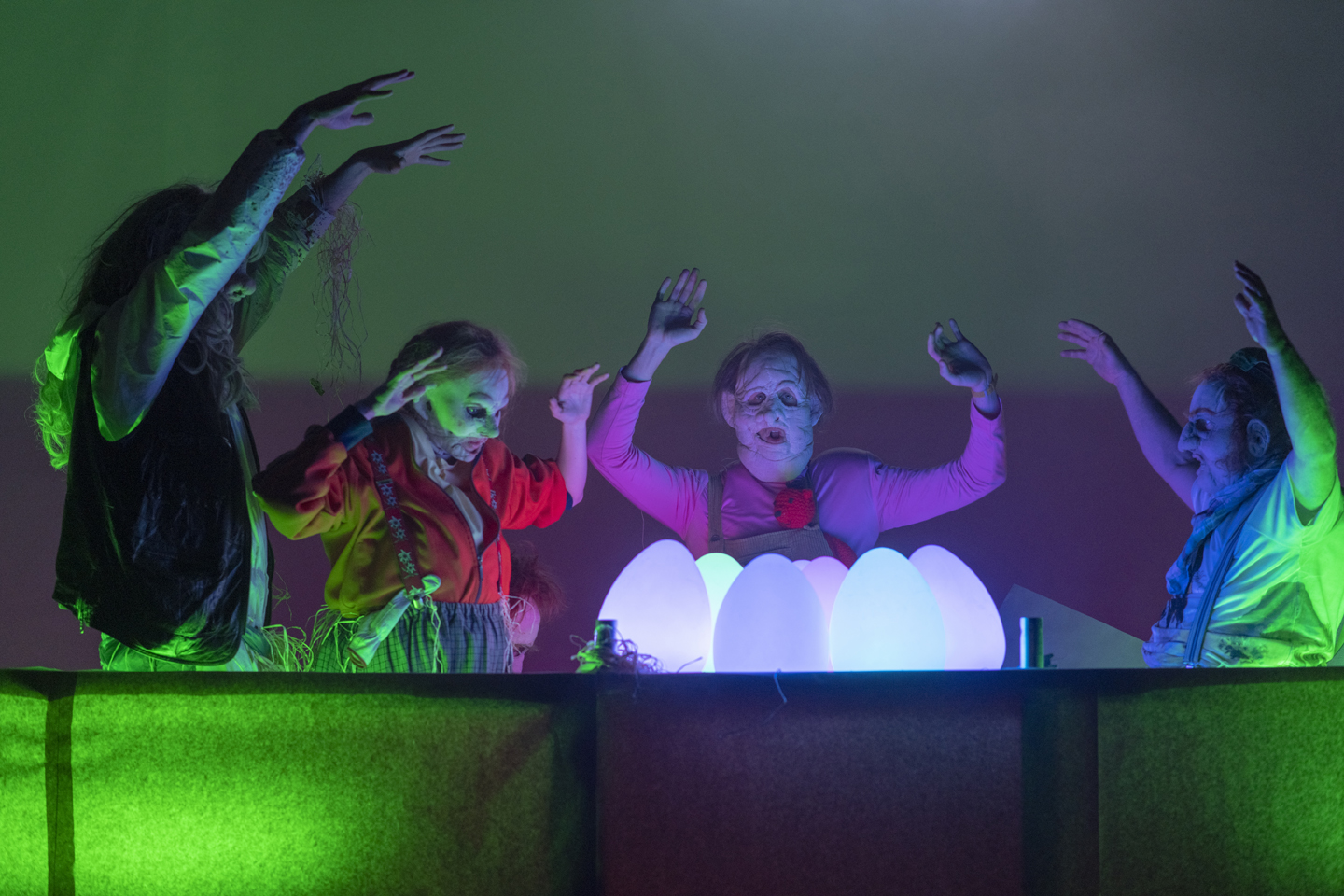 Created in 2019 at the Munich Kammerspiele and Nanterre-Amandiers, and touring internationally, Farm Fatale returns to Paris at the invitation of Centre Pompidou. At the boundary between the human and the puppet, the peasant and the scarecrow, the five masked characters of Farm Fatale appear and settle against a spotless white background. The audience is then led into a heavily farm themed world, complete with haystacks, the crowing rooster, twittering birds, pitchforks and a collection of farm tools.

But in this world, humans have died out due to pollution. Only a group of poet scarecrows live on, running an independent radio station, singing, playing music, inventing slogans and sometimes waxing philosophical. Masked and speaking in distorted voices, these contemplative clowns attuned to the pulses of the planet may turn out to be somewhat familiar. In fact, these men and women striving for a better world are mostly daydreamers, poets and activists with a charming and intoxicating tendency to marvel at the beauty and diversity of nature.

These are disarmingly funny and kind heroes living at plant or animal level, somehow trying to steer clear of a rampant capitalism that destroys forests, lands and oceans. They’re slowing down, embodying what Philippe Quesne describes as “a theater of postapocalyptic deceleration.” 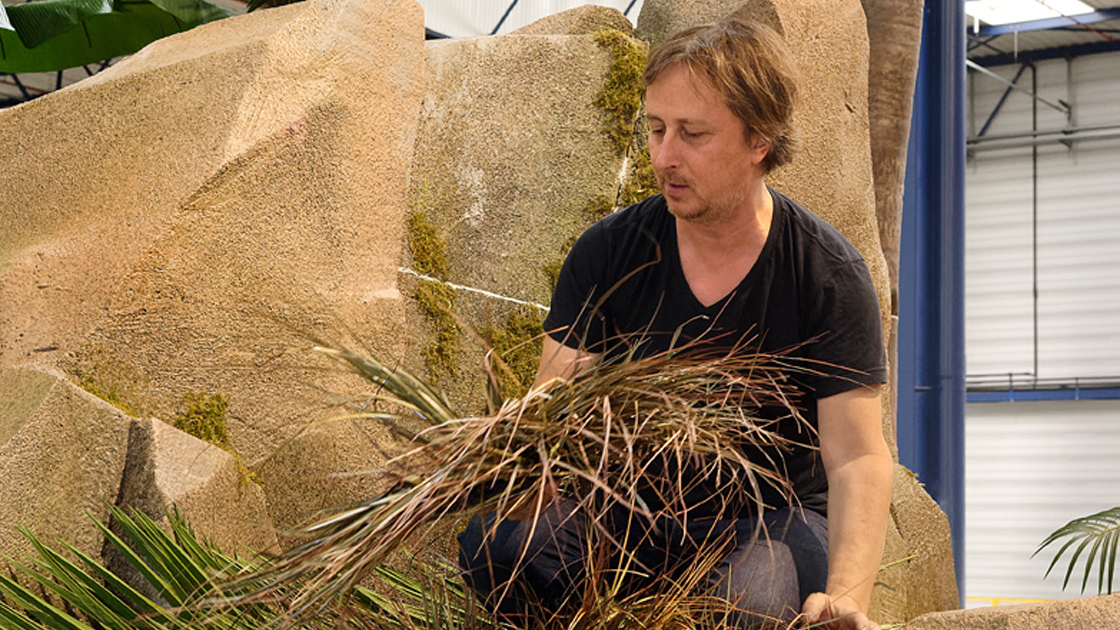 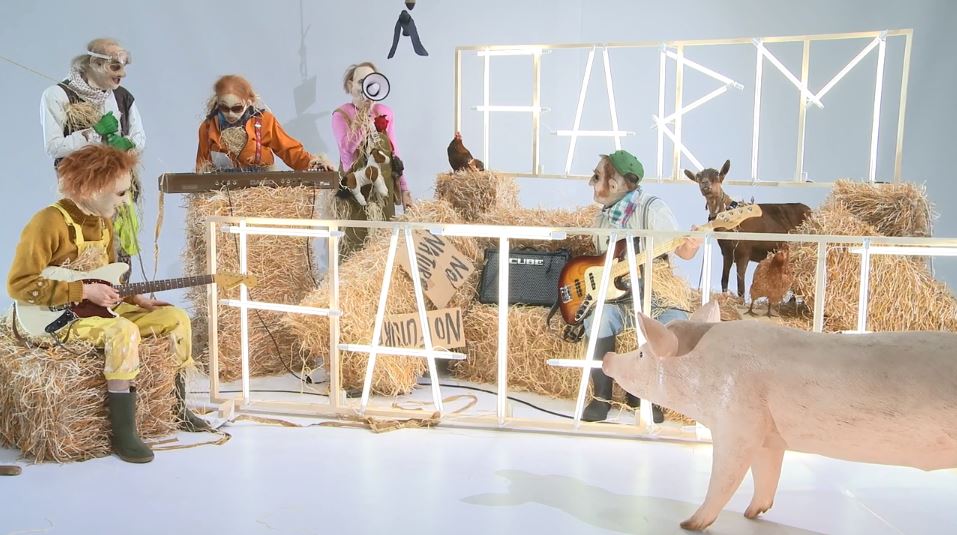 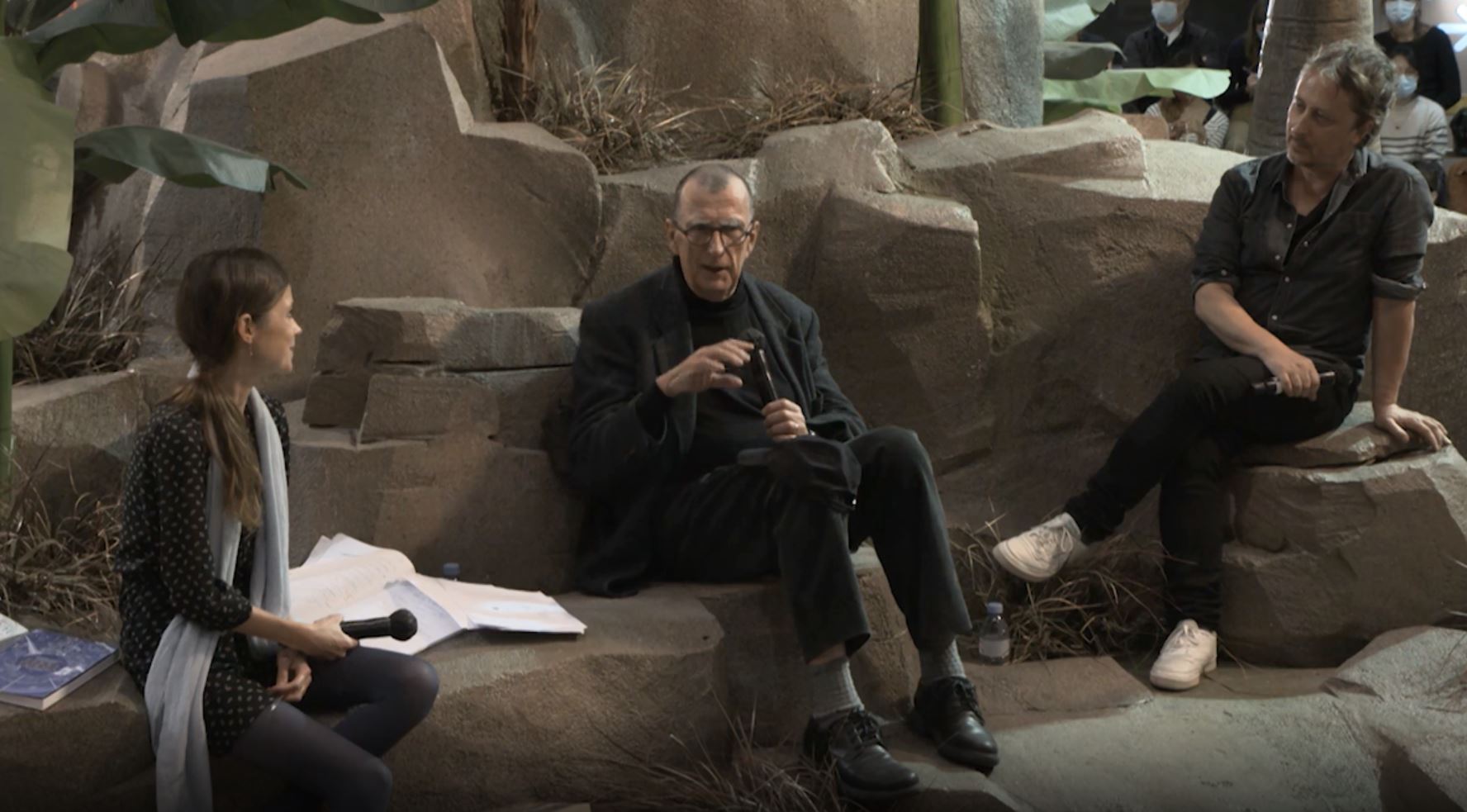 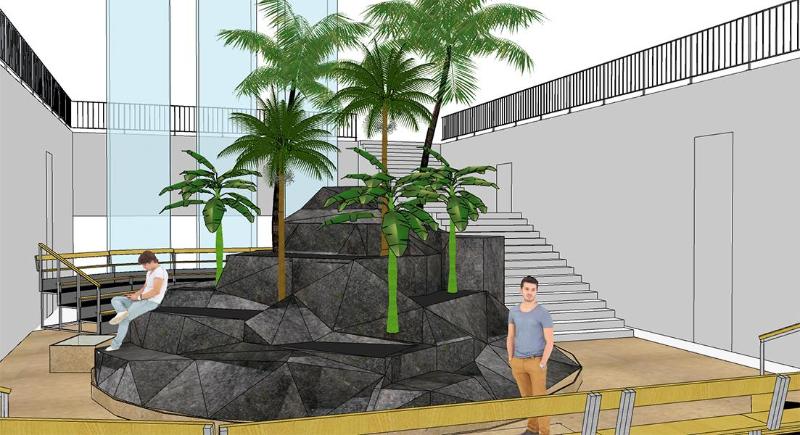