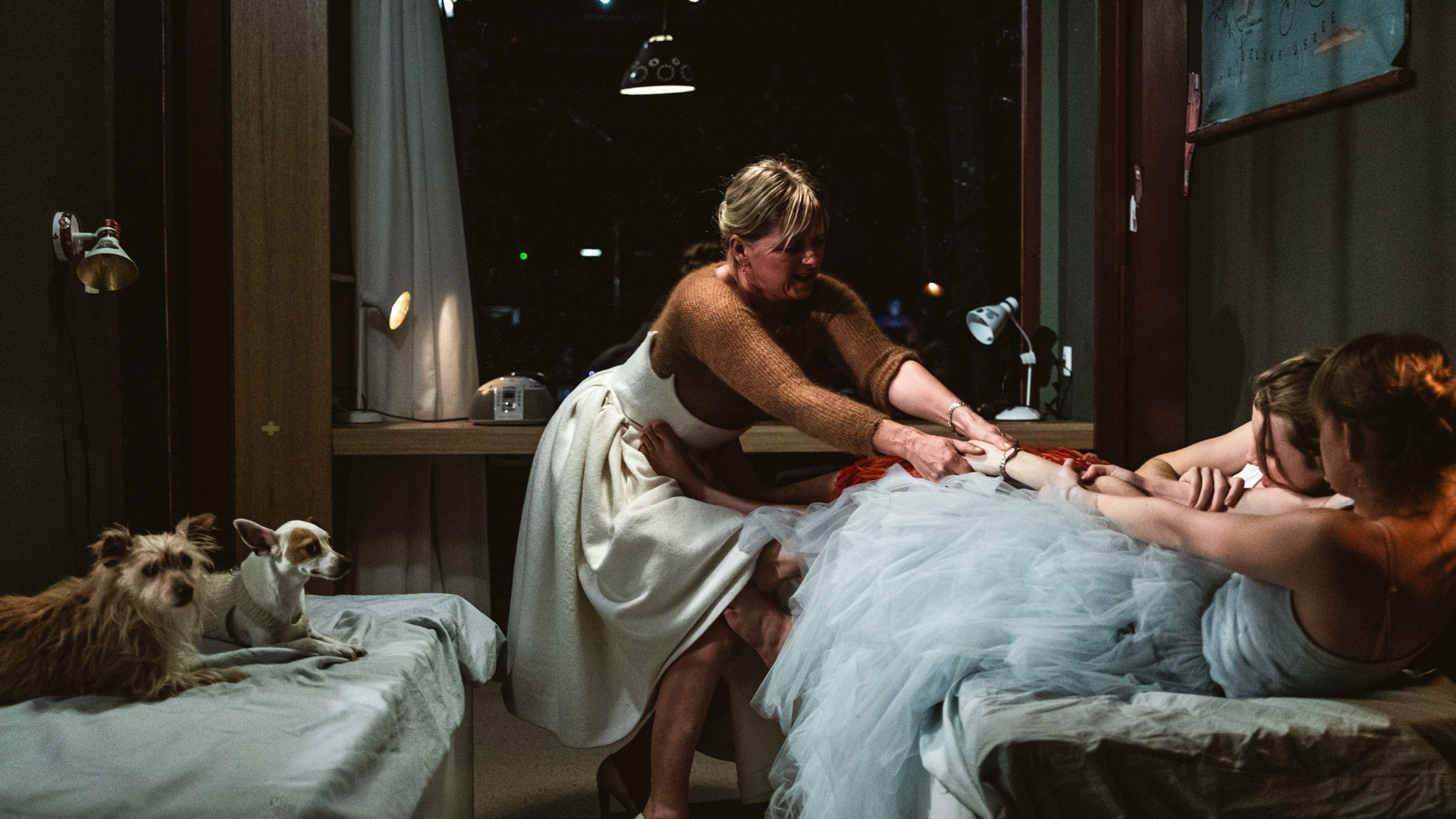 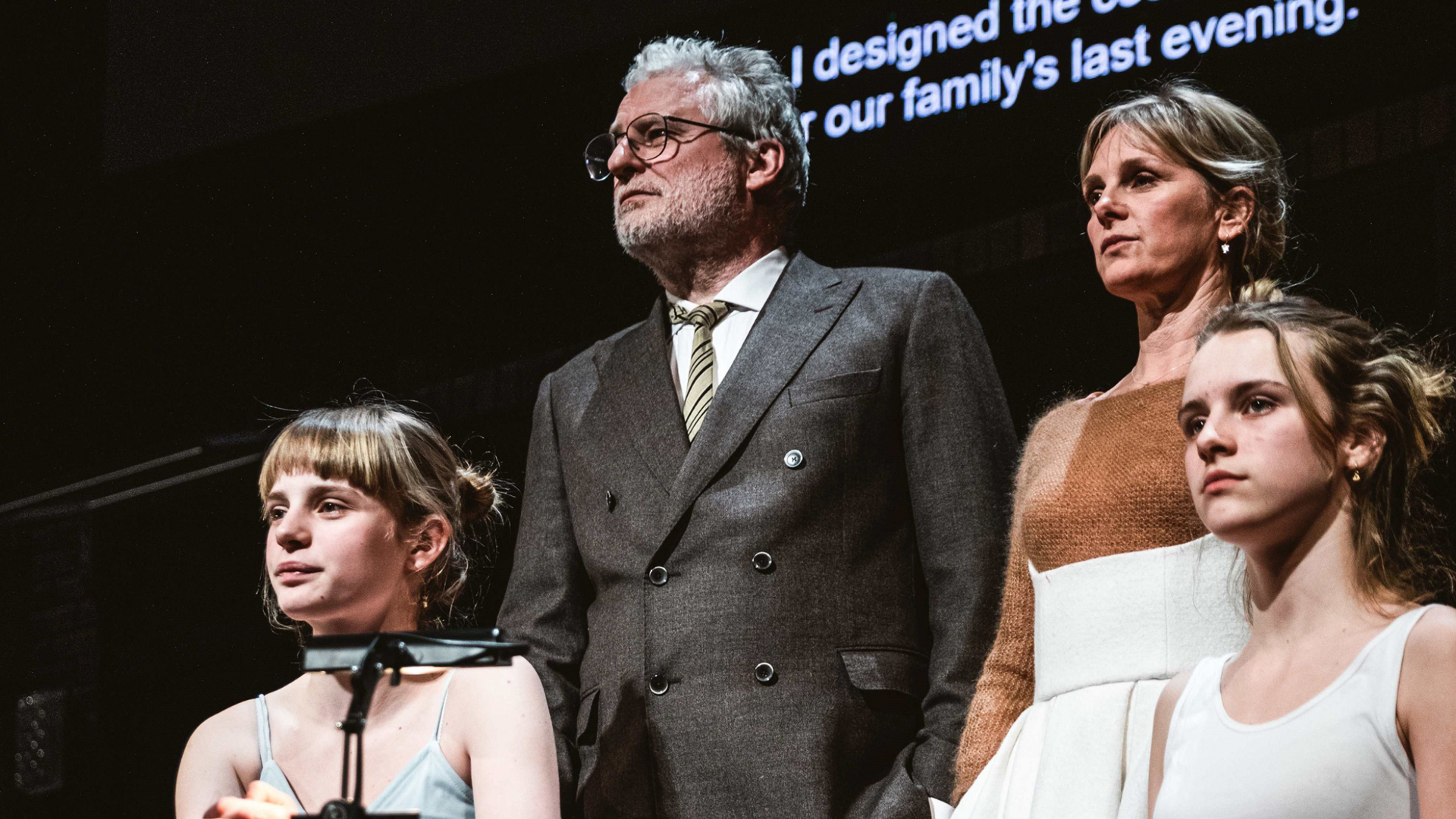 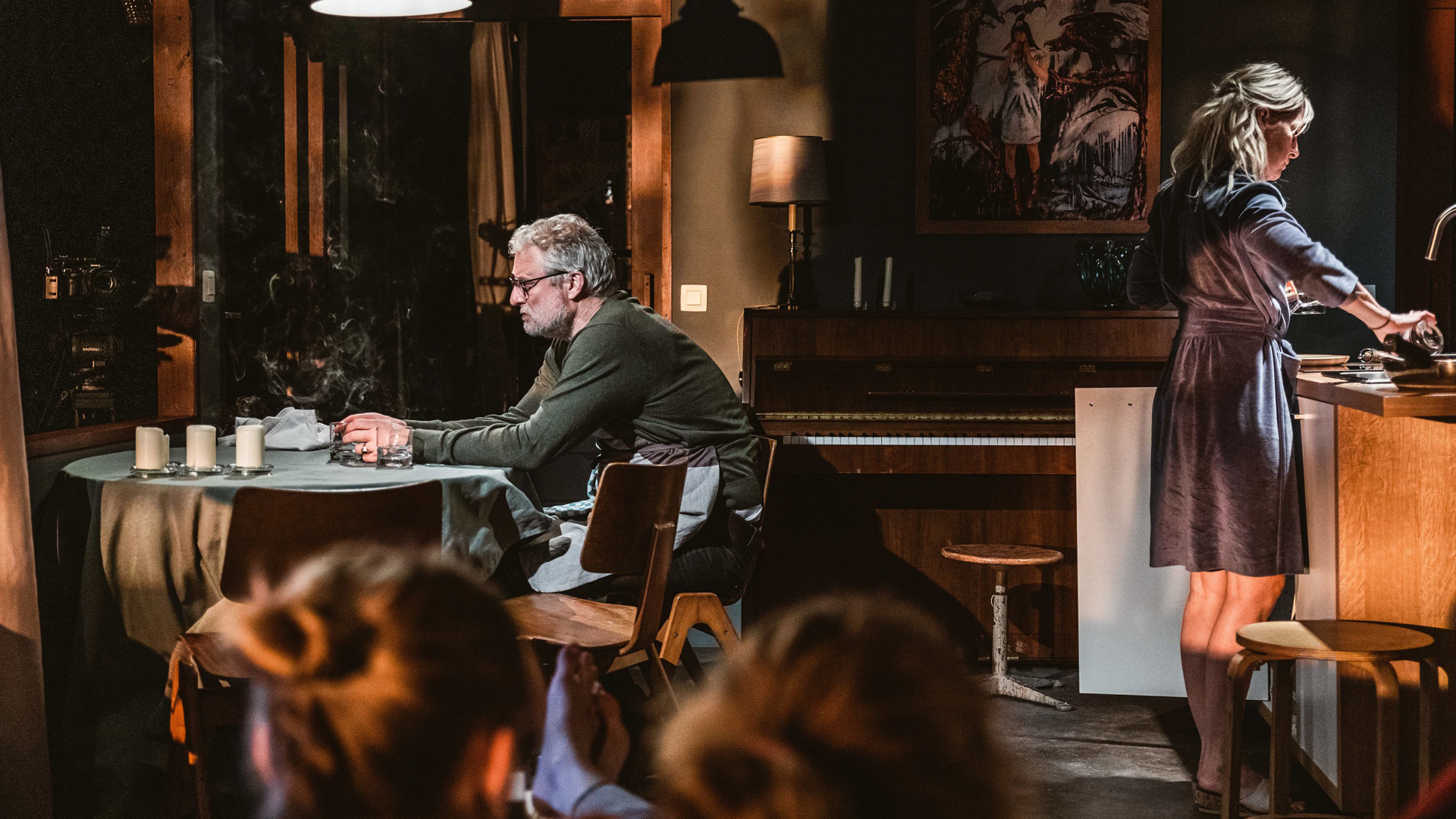 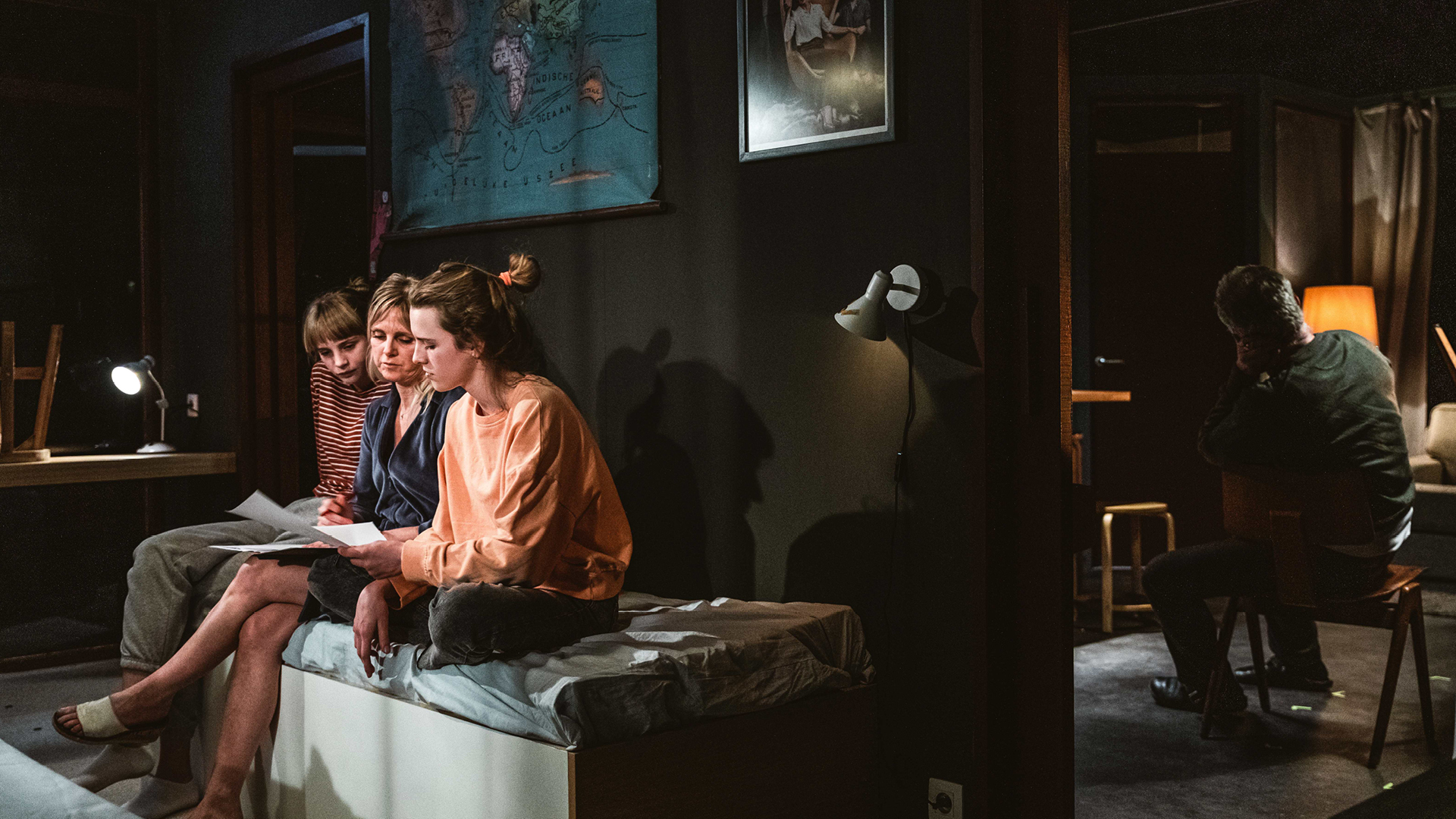 Performed in Dutch with French supertitles.

Neighbors and friends are unequivocal about it: they were not a dysfunctional family. Yet, on September 27th, 2007, the bodies of spouses René and Marie-Christine Demeester, their 30-year-old son Olivier and 28-year-old daughter Angélique were found hanging in their home in Coulogne (Pas de Calais, France). To justify their act, they left a note that read “We fucked up. Sorry.” Police investigations led nowhere, and legal authorities closed the case.

Fourteen years later, Milo Rau revisits that troubling story, not to unravel it but instead to expose the audience to something akin to mystery. Performed by a Flemish actor couple, Ann Miller and Filip Peeters, and their daughters Louisa and Léonce – who hit the stage for the first time – the show rounds out a trilogy which began with Five Easy Pieces and Reprise.

In a realistic set topped by a screen with live footage projections, we see them cook, read Harry Potter, watch films or talk on the phone. A somewhat mundane setting. But it is this mundanity captured in the privacy of their conversations, attitudes and gestures that brings forth the conundrum to which Milo Rau intends to focus our attention by duplicating these so common and consequential actions. As if the potential for breakdown could nestle in the most ordinary life. 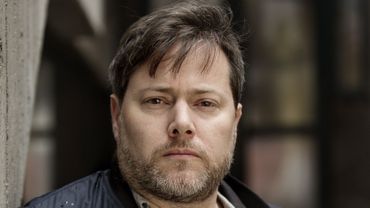