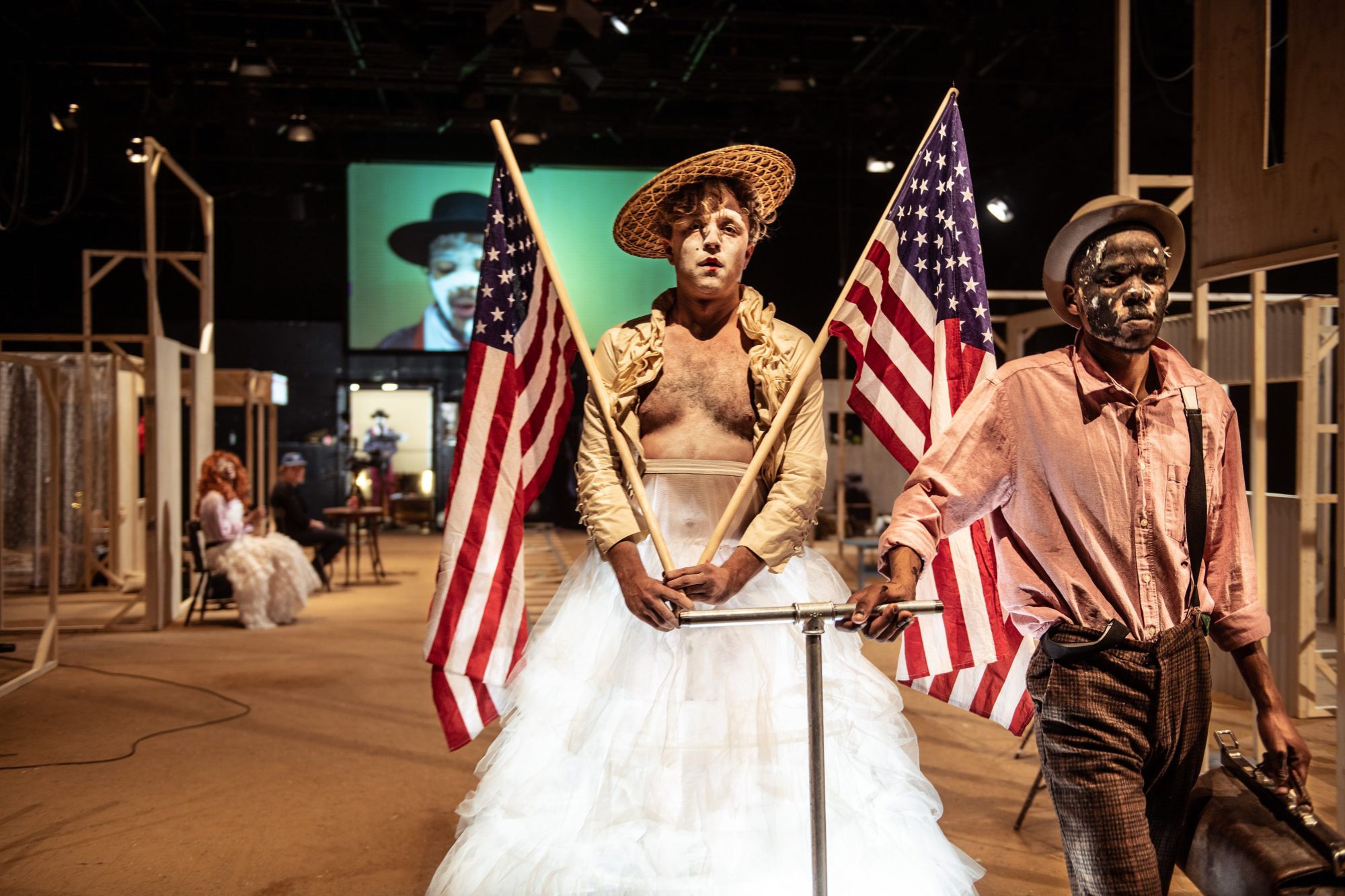 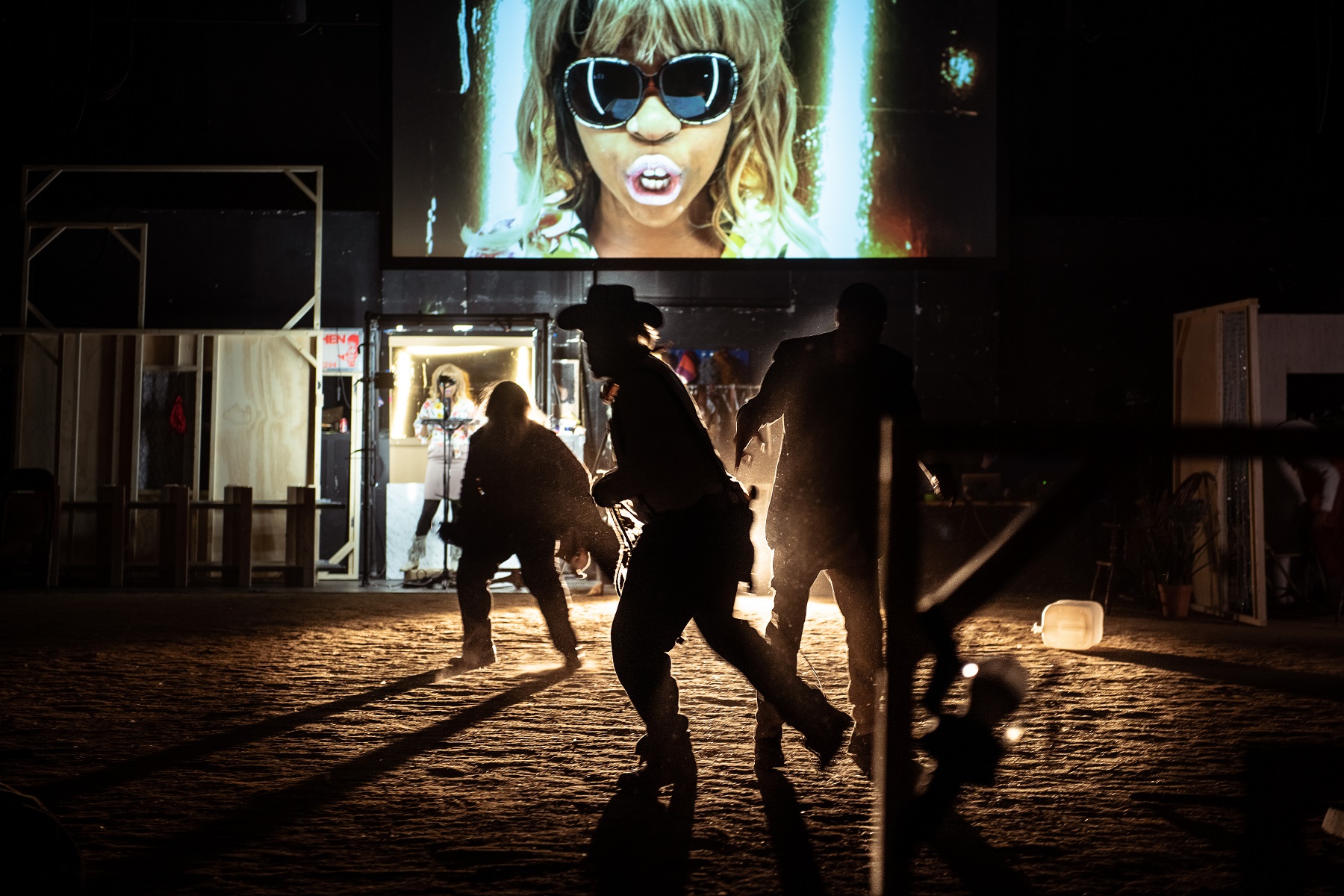 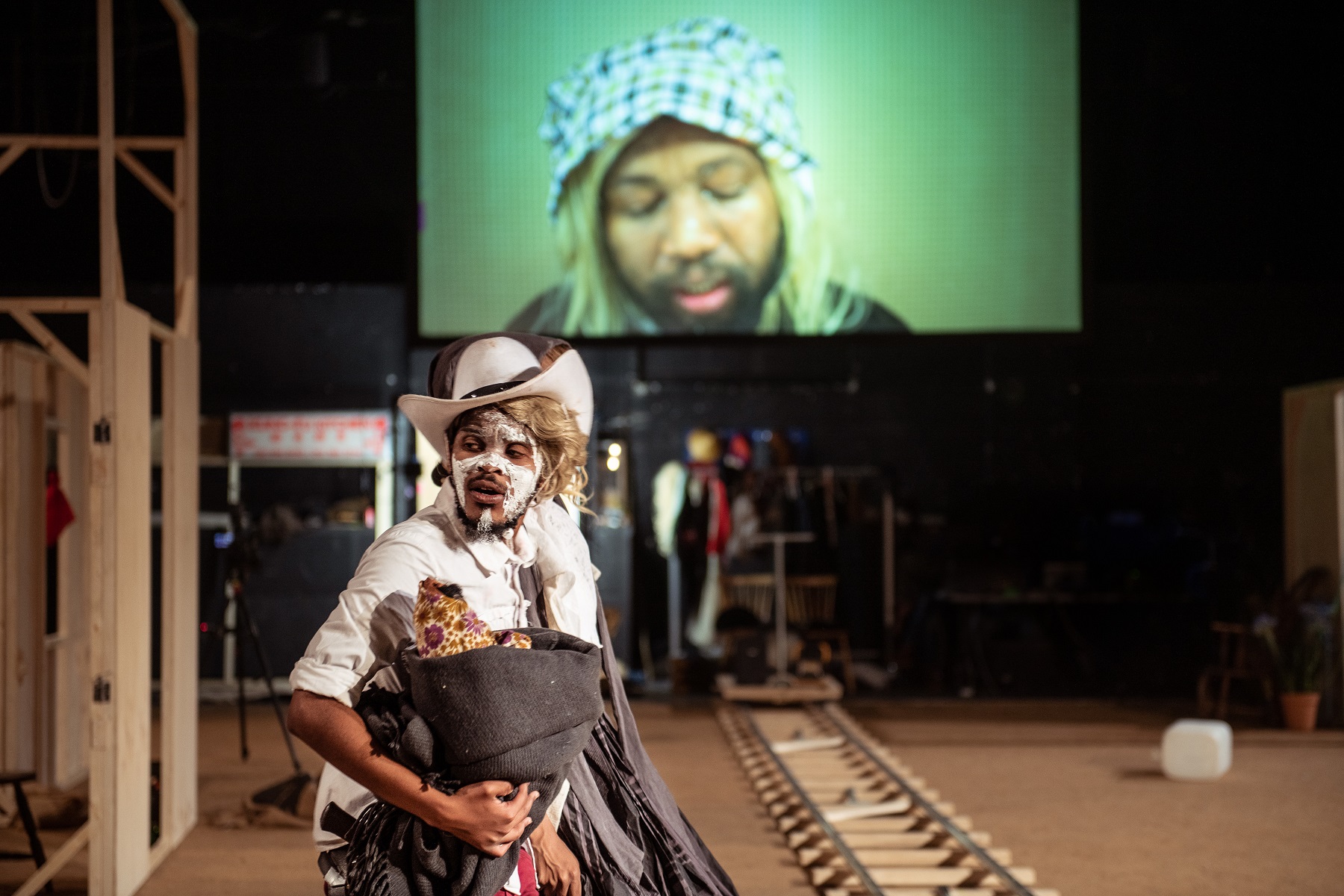 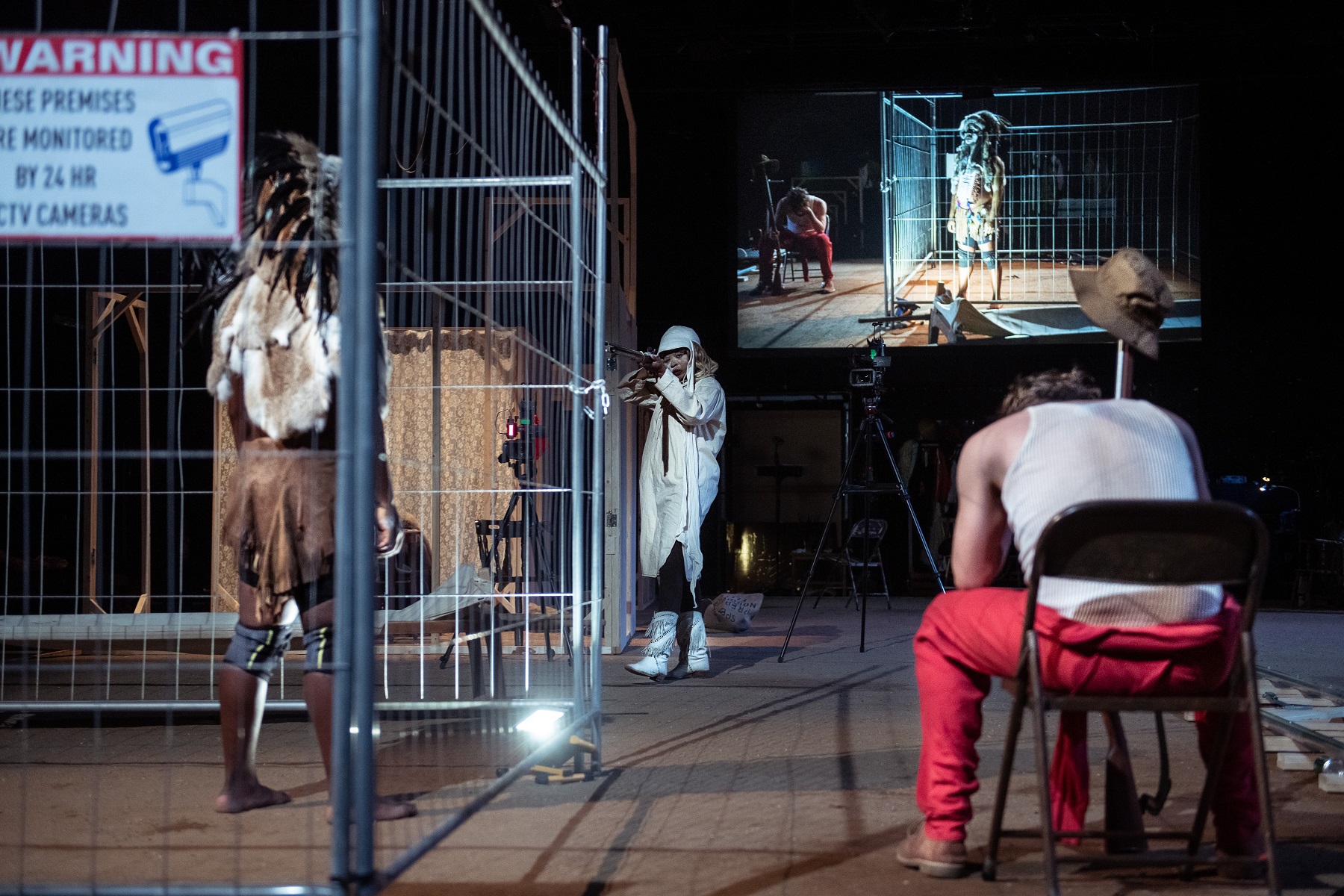 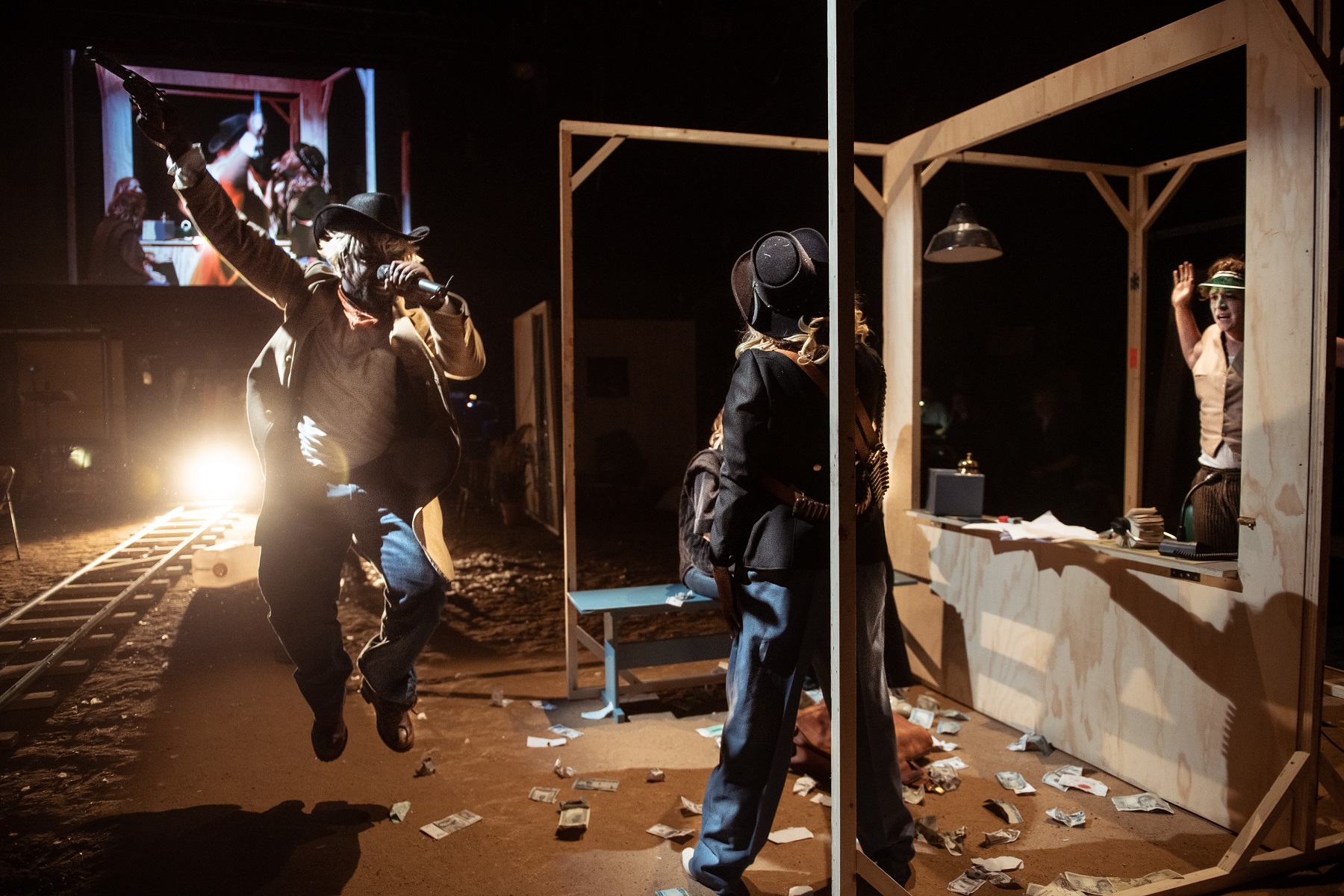 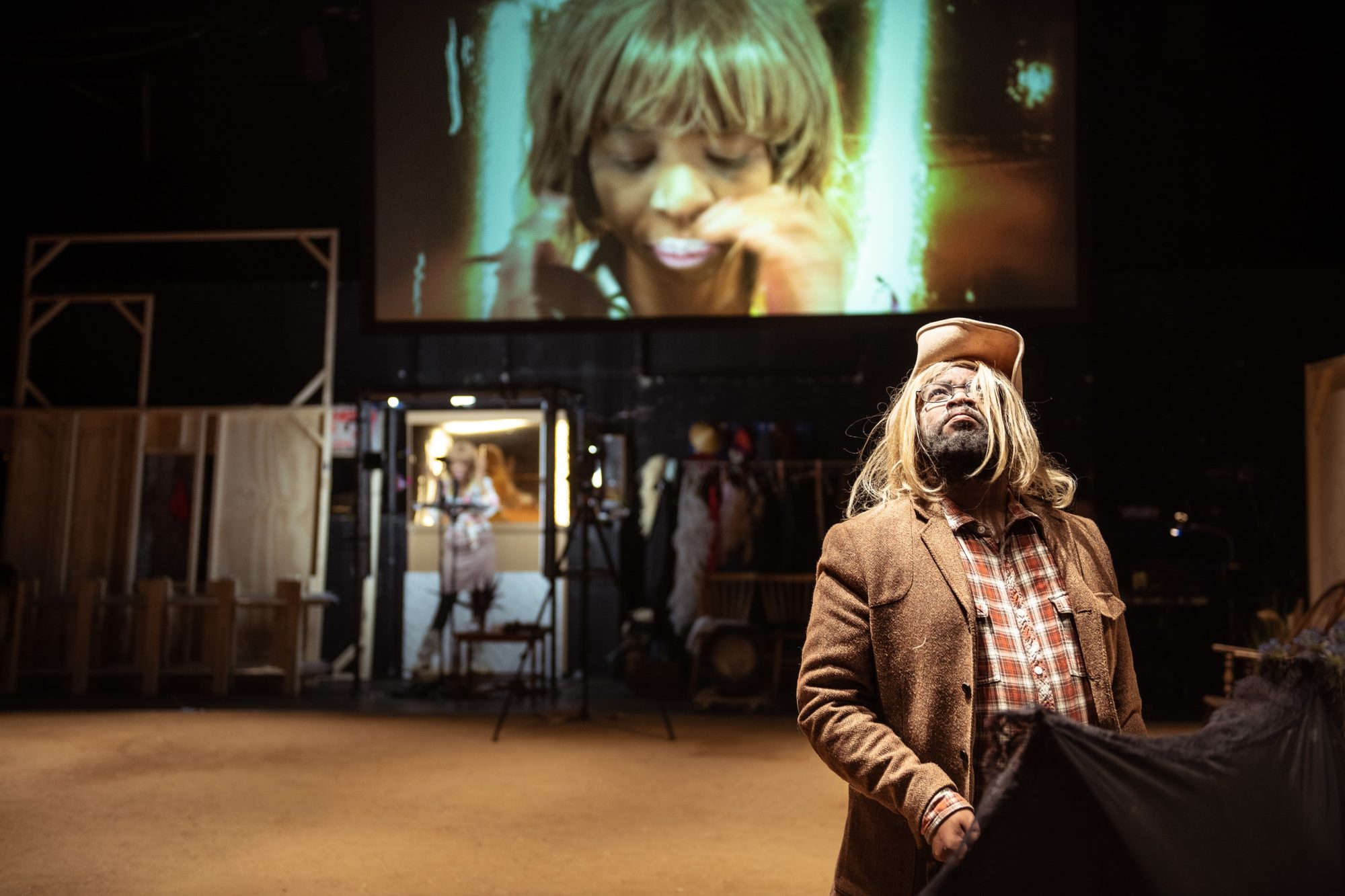 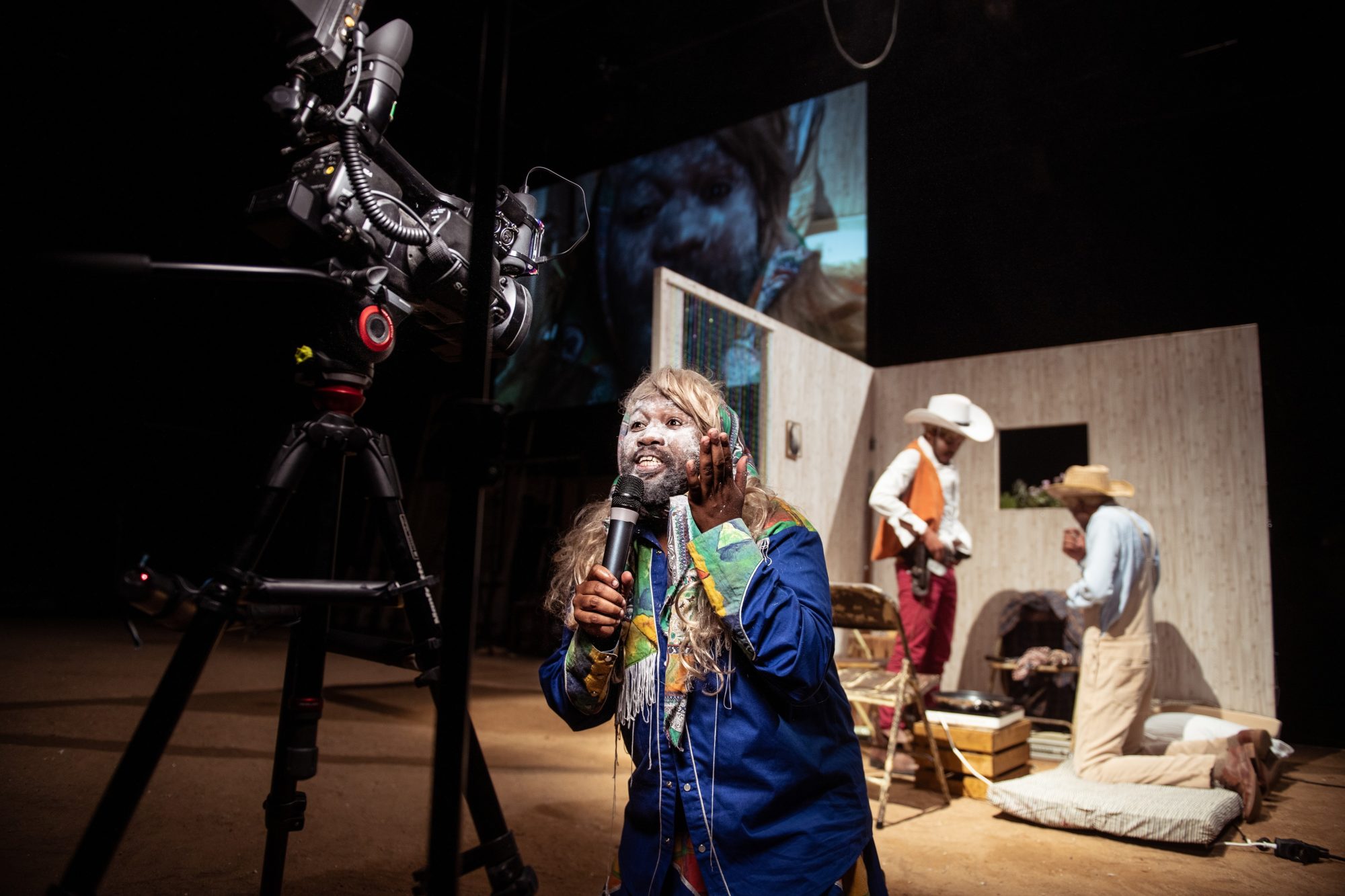 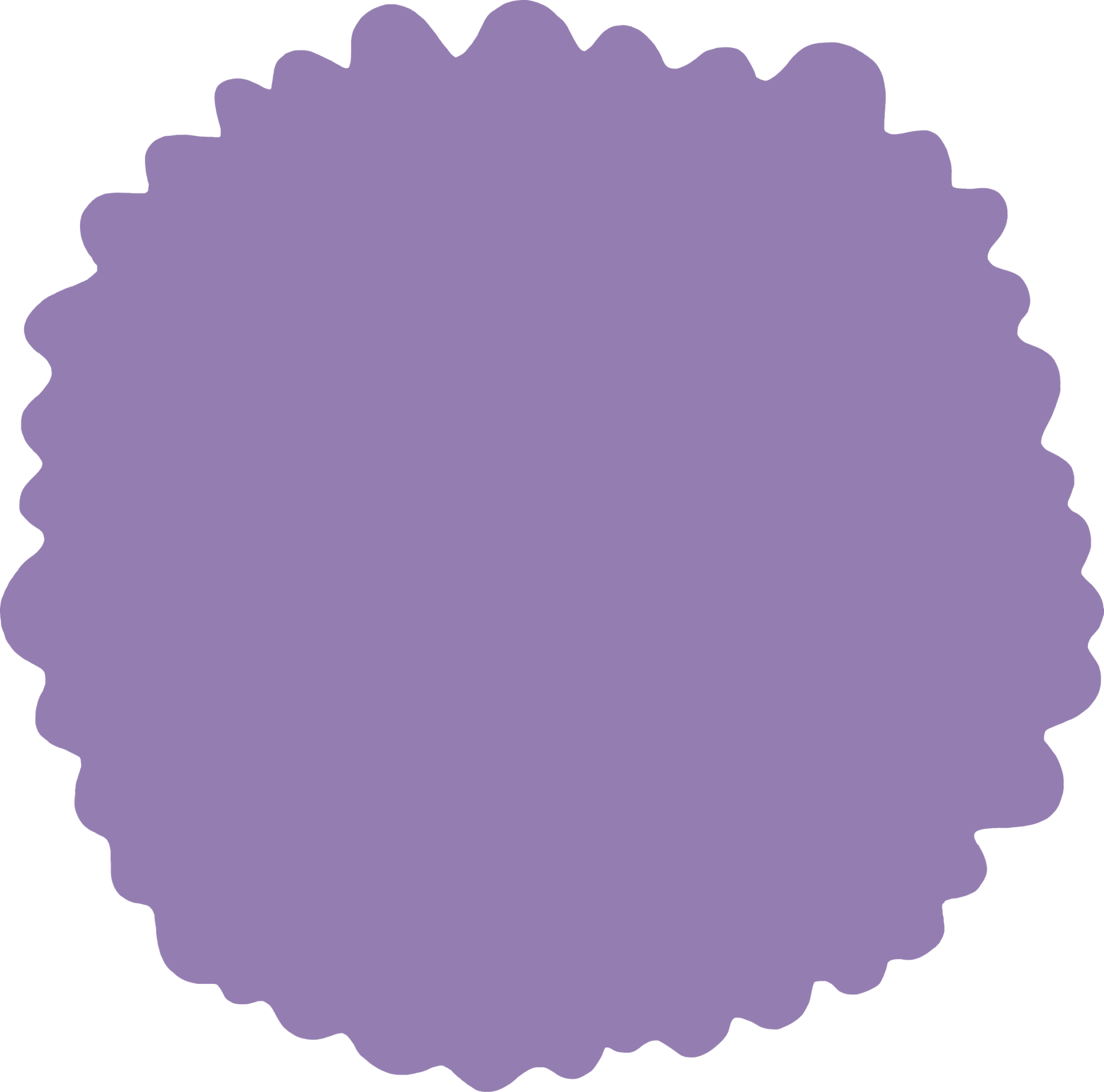 On a stage covered with red dirt kicked up by a desert wind, a funny western movie is being shot, both a pastiche of Sergio Leone and a John Ford remake with interpolations of Little House On The Prairie. Dark Noon plays like an epic and burlesque narrative. But make no mistake, there is a story behind the story.

“Once upon a time…” So begins this theatrical saga conceived by Danish director Tue Biering, director of the Fix&Foxy collective, and choreographed by South Africa’s Nhlanhla Mahlangu. It features migrants from Europe, cowboys, gold seekers, missionaries, prostitutes, blue tunics and confederates, all of whom gravitate toward this new American Eldorado. There are also slayed Indians, enslaved Africans, and Chinese enlisted to build the railroad. In a lawless country where anything gets solved with a gun, black actors with white makeup embody dozens of characters appearing throughout this reenactment. They say history is told by the victors. Here the story is told by the vanquished, a change of focus that shifts our perception as well as our bodies. In this theater made of boards where the sets of a Far West small town are put together in real time, the audience, first sitting in a traverse stage configuration, join the actors and participate in the story. All the usual landmarks are upended and laughter lets the other side of the official story come through loud and clear. That the show is performed by South-African actors is significant. Dark Noon is the white face of a story whose violence and racism resonate with the actors’ own stories, the story of their country in the darkest hours of Apartheid. 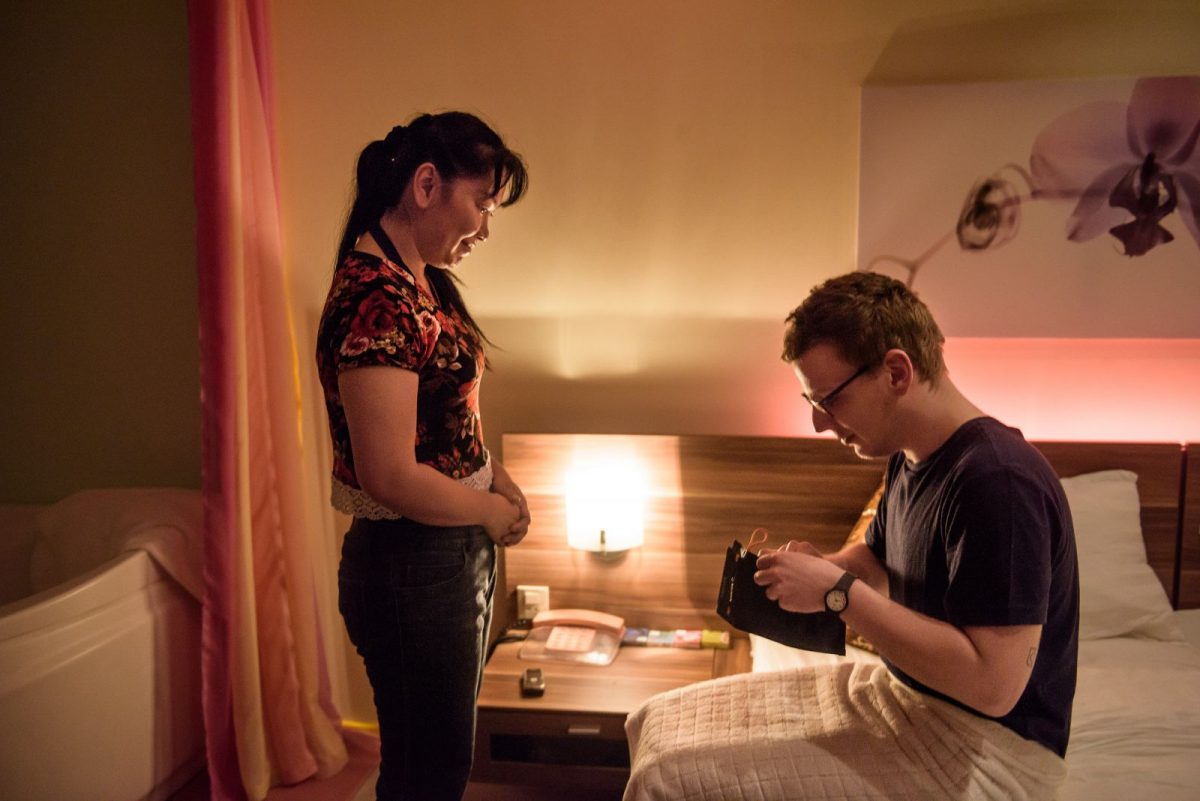