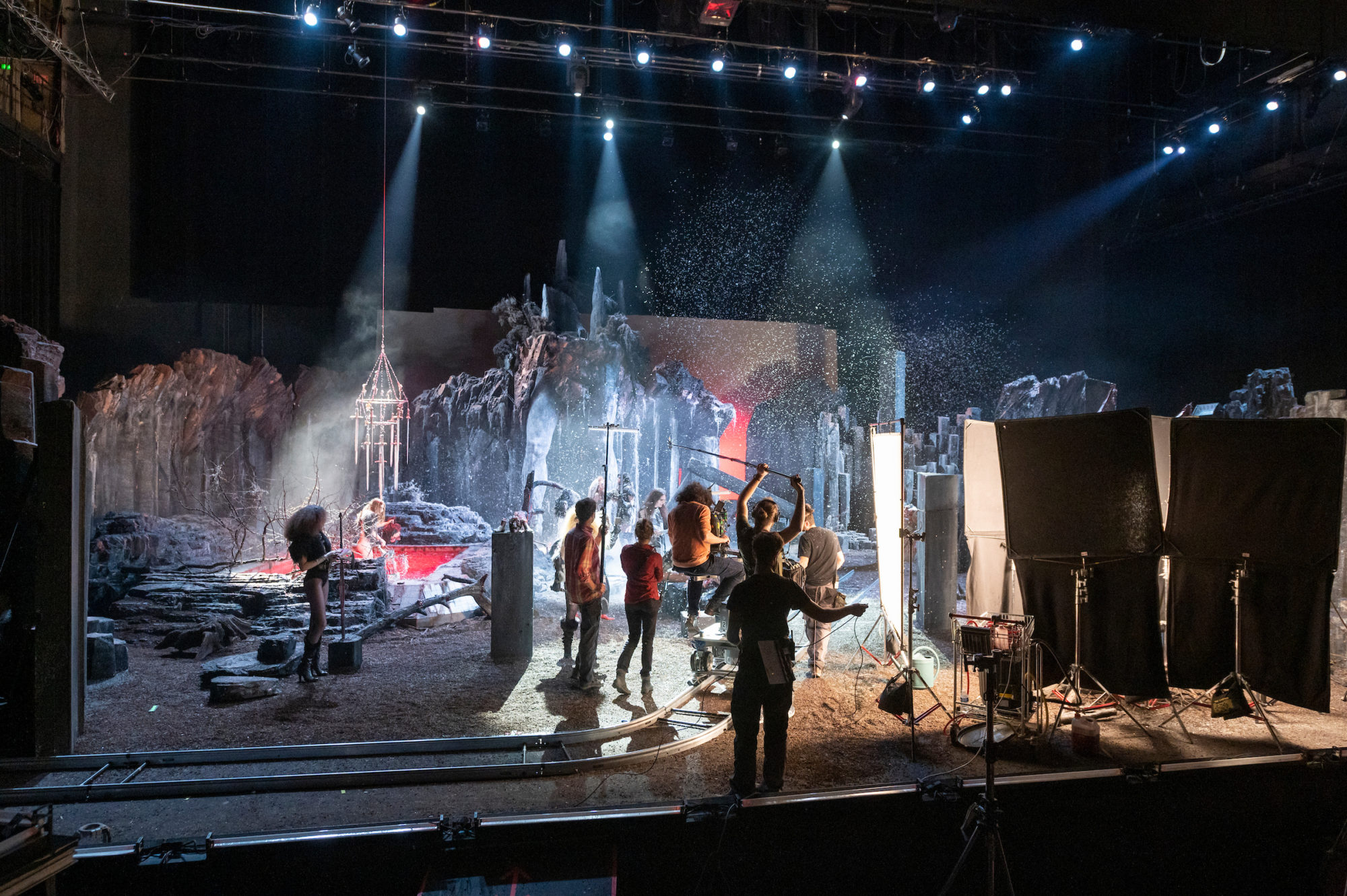 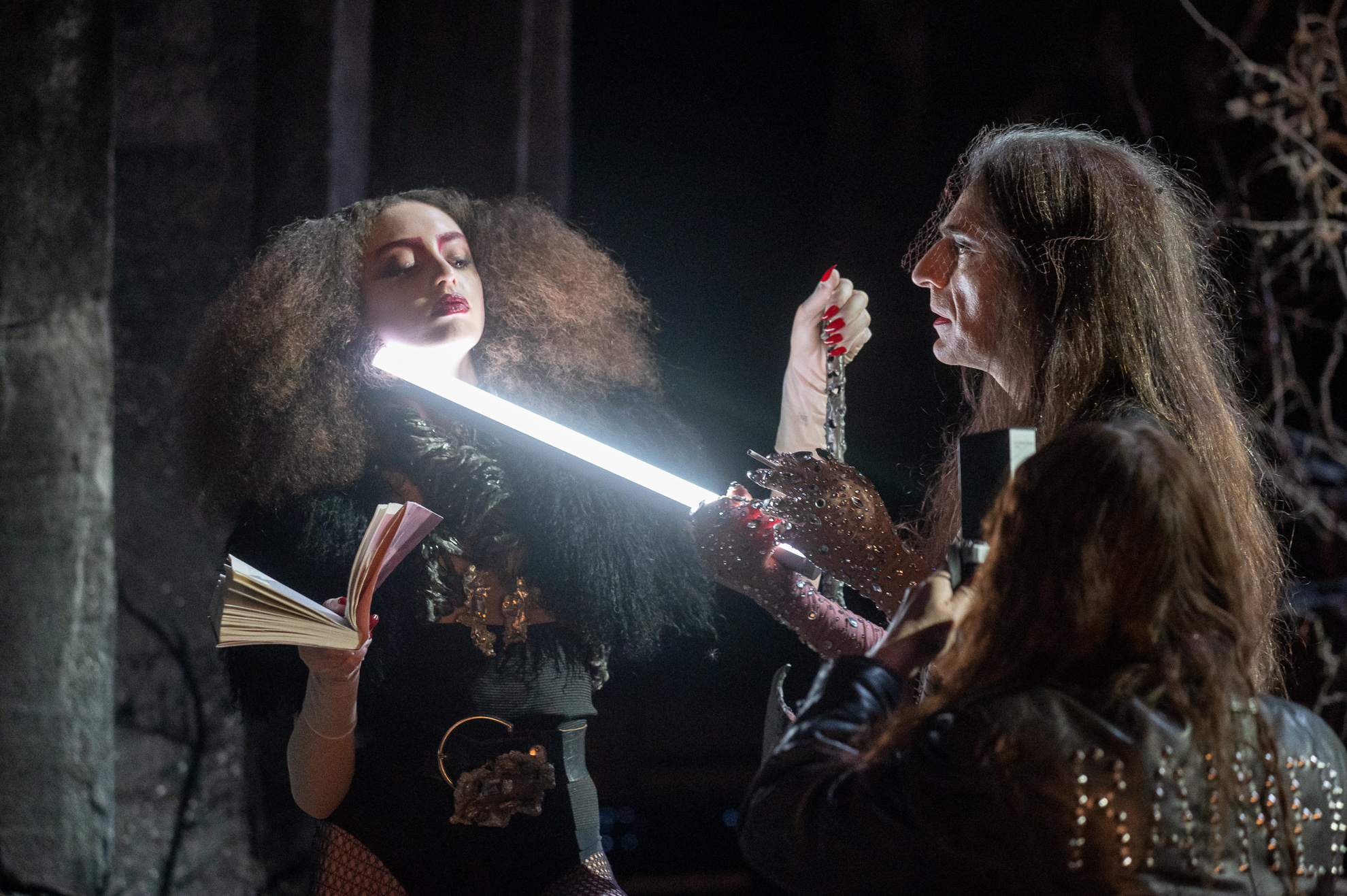 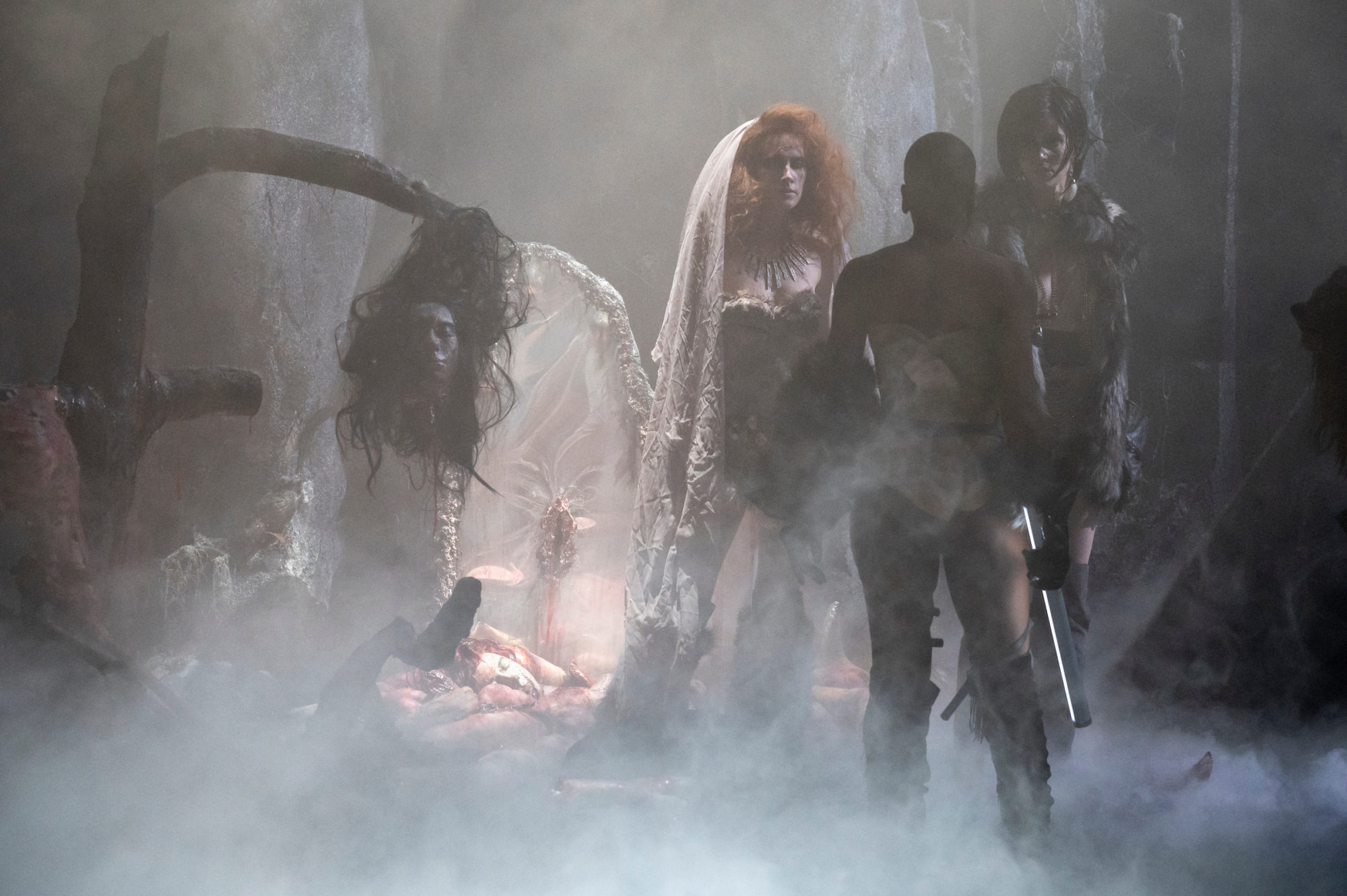 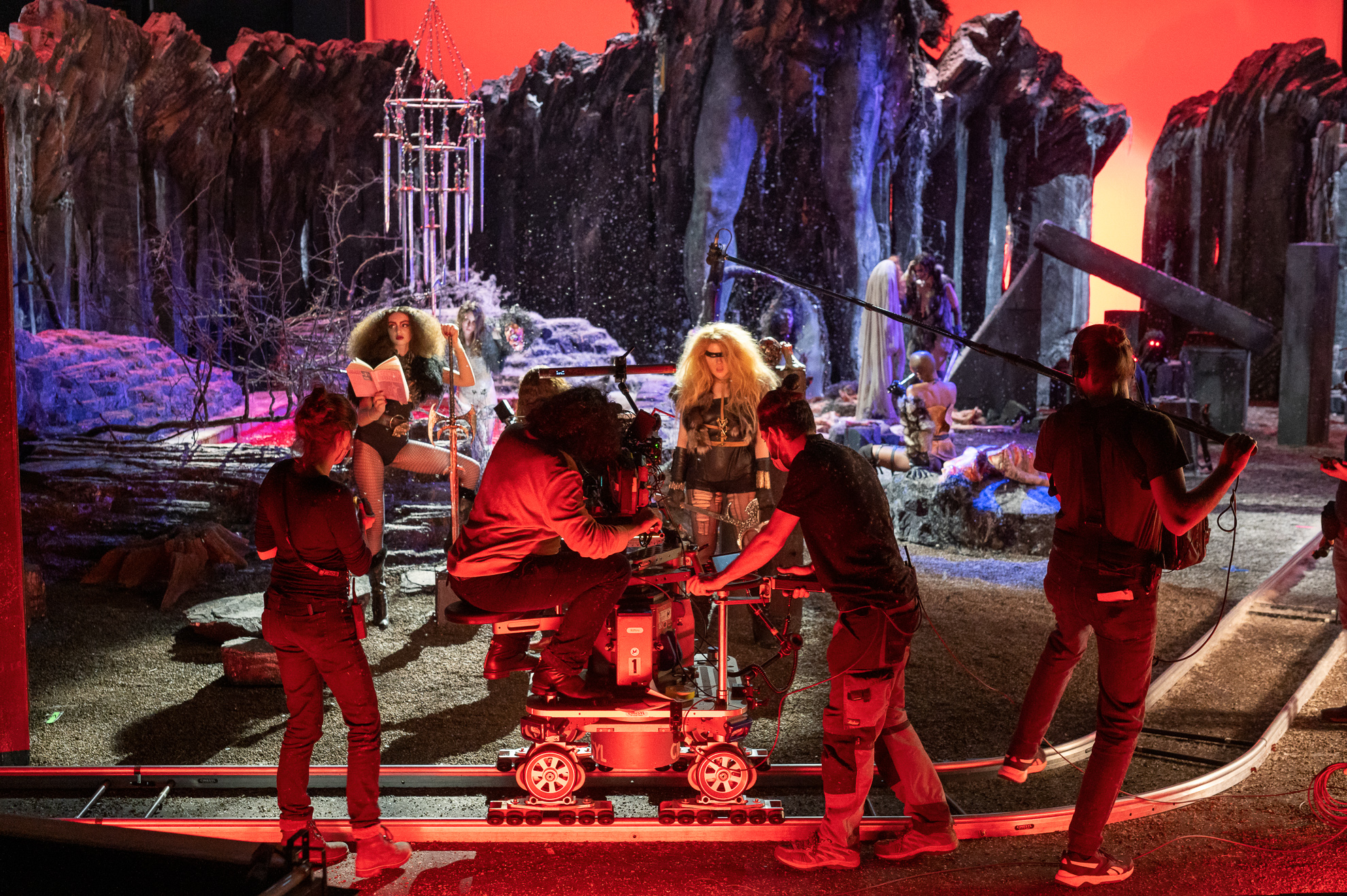 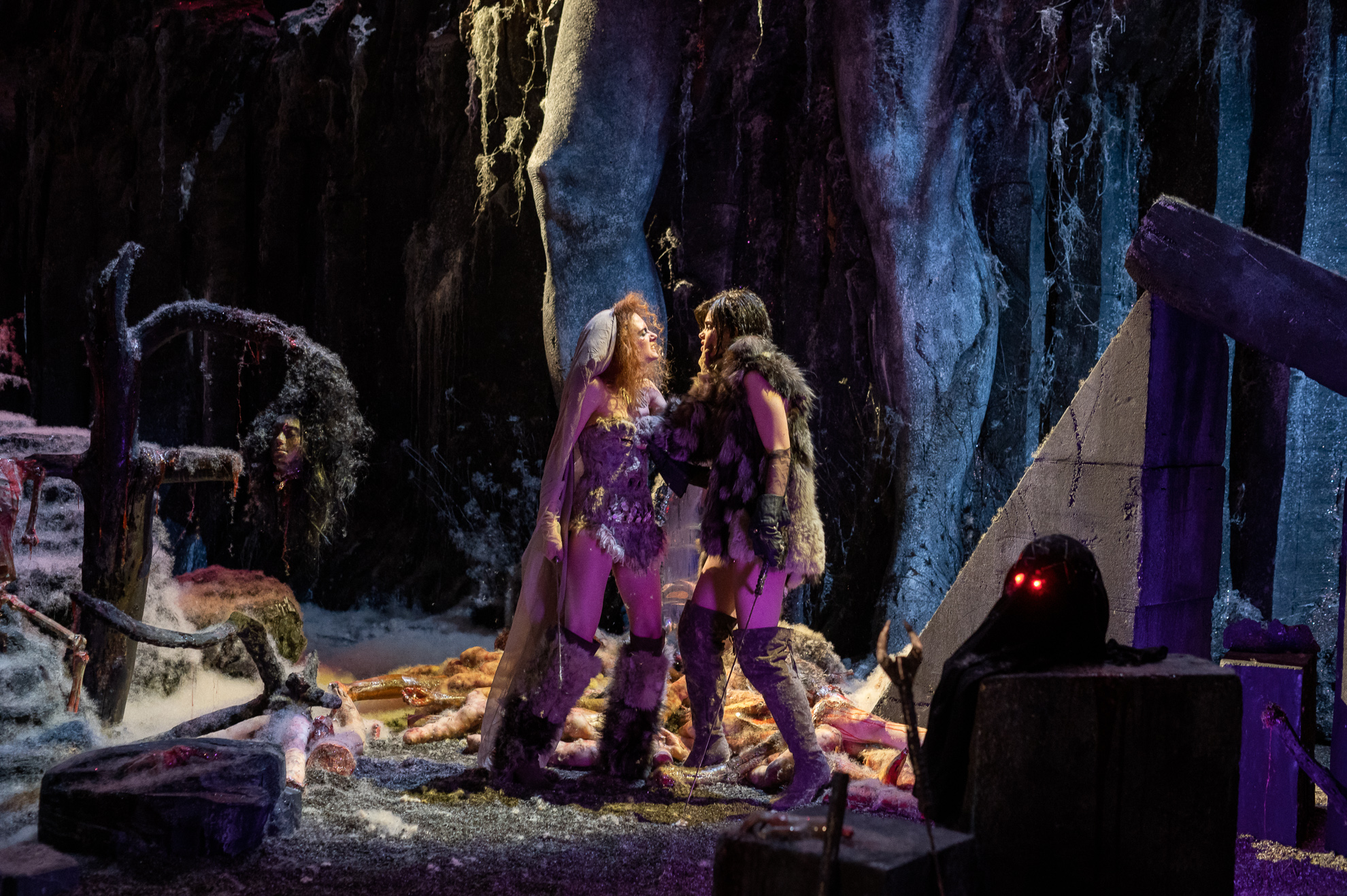 Bertrand Mandico has been making films for over 20 years. In Les Garçons sauvages (2018) – his first jungle-like and protean feature film – overwhelmed the audience with strokes, claw swipes, the ocean, earth life and mutations in the sanctuary of a living and lush island. The filmmaker, who is an indefatigable explorer of phantasmagoric environments, went on to direct the film Ultra Pulpe (2018) as well as videos for bands such as Kompromat (Niemand, 2019) and M83 (ExtaZus, the same year).

Currently editing his next film After Blue, he has been invited to walk through the premises of the theater before its current director finishes out his term. Bertrand Mandico intends to take over the theater’s spaces with his multi-layered project Conan La Barbare.  Bringing his open-ended interpretation of the stories by writer Robert E. Howard and the ultra-masculine movie by film director John Milius (1992), Mandico surrenders this barbarian world to women.

Part show, part shooting set, Conan la Barbare will guide the audience through its various acts and stories in a hellish circus of boulders splattered with tears and blood. A film will be shot before Nanterre-Amandiers gets a makeover for future adventures. 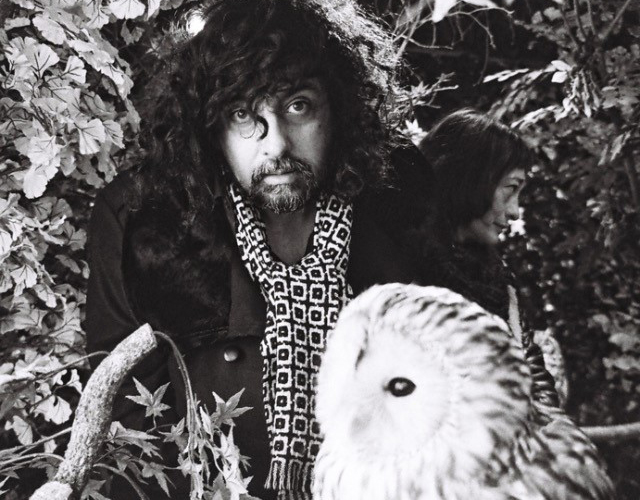